Major task ahead for NZ farming 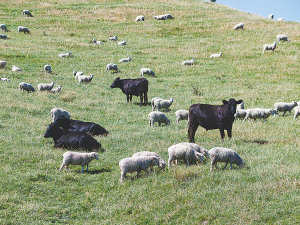 The agriculture sector is the largest greenhouse gas emitter in New Zealand, accounting for 40% of our current emissions.

New modelling from the Climate Change Commission has outlined a major task ahead for the agribusiness industry in New Zealand.

The Government has committed to an extensive emissions reduction plan in order to combat climate change, involving a 10% decline in agricultural emissions by 2030, and a 24% to 47% decline by 2050. Achieving this target will require major changes across the agricultural sector, including a significant decline in herd sizes and the uptake of new technologies.

The agriculture sector is the largest greenhouse gas emitter in New Zealand, accounting for around 40% of current emissions in the country. The bulk of this comes from livestock methane emissions, including 51% from the country’s 6.1 million dairy cattle, and 47% from the country’s 26.2 million sheep and 4 million beef cattle.

According to modelling from New Zealand’s Climate Change Commission (CCC), a reduction in herd sizes of close to 15% across each livestock type from 2018 levels would be required for the sector to meet its emissions reduction target. Furthermore, a price on emissions from the agriculture sector is expected to be introduced by 2025. Close to 36.2% of New Zealand’s total landmass is used for pastoral agriculture.

The national sheep flock has already been in steady decline over the past five years, and this trend is expected to continue through to 2025-26.

Wool is anticipated to continue to face strong competition from synthetic fibres such as polyester. Furthermore, domestic demand for lamb is expected to decline, in favour of leaner forms of protein such as chicken.

Emission reductions targets and associated polices may exacerbate the decline of the sheep farming industry, which is expected to decline at an annualised 0.5% through 2025-26, to $2.2 billion.

Close to 4,600 sheep farmers are operational in 2020-21, but approximately 150 of these businesses are expected to exit the industry over the next five years.

Farmers may exit the industry due to pressure to invest in efficiency improvements, cut back on flocks, and knowing an emissions price is around the corner, while other potential entrants may be discouraged from joining the industry.

Meanwhile, the CCC’s recommendation to reduce national cattle herd numbers by up to 15% is a challenge for both the beef and dairy farming industries, which had previously been expected to grow at an annualised 1.6% and 1.5% over the next five years.

Cattle are the most significant source of biogenic methane emissions in New Zealand.

Rising per capita beef and veal consumption in China, which is among the largest markets for New Zealand beef exports, is projected to be a major opportunity for exporters over the next five years. The expected weakness of the New Zealand dollar will likely continue to support demand for New Zealand beef in export markets.

However, the proposed cuts to livestock numbers may not need to be as severe as the CCC has laid out. Innovation in livestock technologies have the potential to significantly reduce greenhouse gas emissions from the agriculture sector. The Australian Government research agency, CSIRO, has developed a feed additive from seaweed that could cut methane emissions from livestock by as much as 80%. This additive may be available for New Zealand farmers later in 2021.

Other technological advancements present a promising outlook for livestock farmers.

Advancements such as more efficient animal feed and selective breeding of low-emissions animals are likely to play a significant role in supporting the agriculture industry going forward.

Matthew Reeves is a senior industry analyst for IBISWorld.