The noble art of pest and disease management 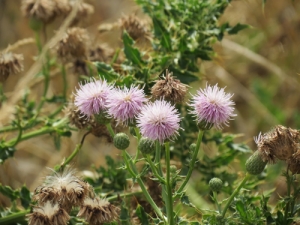 Like a martial art, sustainable and smart pest and disease management relies on understanding opponents’ strengths and weaknesses and using these against them, says Charles Merfield of Lincoln University’s biological husbandry unit (BHU).

That means putting much more emphasis on biological and ecological control, and reducing reliance on physical and chemical attacks.

“You need to understand how these things are working and start developing the strategies,” he told one of a series of FAR workshops on sustainable agriculture and horticulture (see main story).

For every pest or disease, consider host range, dispersal method, conditions conducive to development and reproductive rate. A similar thought process can be applied to promoting “beneficial” bugs which predate on insect pests or weeds. “There’s a lot of free pest control going on out there. Let’s try to improve that.”

Similarly, with smart cultural techniques, near-complete weed control can be achieved without herbicides so even open canopy crops such as beet face little competition. “It’s very, very simple. Grow the weeds, then grow the crop.”

If herbicides are used to remove what does come through after sowing, there’s a reduced risk of selecting for resistance simply because there are fewer weeds.

Huge advances in hi-tech auto-guided mechanical weeding machines have been made but in some cases the combination of simple old-school techniques like inter-row hoeing with GPS guidance can allow faster and longer operation, achieving just as good results for relatively little cost. Soil flicked up by the hoes buries the most difficult weeds to reach – those by the crop plant stems – hopefully killing them, he explains.

Whether such a technique works, again comes back to knowing your enemy. “To kill a plant you’ve got to kill the meristem.”

Some weeds, such as dock, won’t regenerate from roots, only the crowns, so decapitating them is all that’s needed. Others, such as dandelion, will push up new crowns even if the root is severed well below ground, but an annual thistle take-off at the hypocotyl (where stem meets root) is “toast”, hence why a grubber works.

Another key point is that cultivation triggers weed germination, and most weed seeds won’t germinate from deeper than one inch so cultivation to remove already growing weeds shouldn’t go below that depth if triggering a fresh flush of weeds is to be avoided.

But for all the merits of false and stale seed-bed preparation – Merfield defines the latter as created post-sowing with chemical or thermal control rather than cultivation – at the top of his hierarchy of non-chemical weed controls is rotation, with a mix of autumn and spring sown crops and pasture phases included.