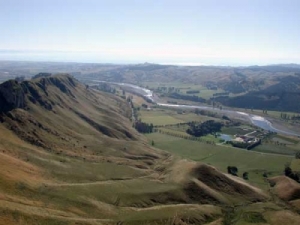 This month's decision by the Hawke's Bay Regional Council confirming its intention to invest in the Ruataniwha water storage scheme is a good one.

This month's decision by the Hawke's Bay Regional Council (HBRC) confirming its intention to invest in the Ruataniwha water storage scheme is a good one.

HBRC's plan to invest $80 million follows the signing of water user agreements by at least 190 farmers who support the scheme.

As Federated Farmers Hawke's Bay provincial president Will Foley says: "The Ruataniwha Plains are highly vulnerable to drought and this dam will ensure a reliable water source to preserve the family farming traditions in the region."

Water storage and irrigation are the future for sustainable and prosperous agriculture in New Zealand – particularly in drought-prone regions like Hawke's Bay. And there are economic and environmental benefits for the wider community. Irrigation supported by water storage will allow growers, farmers and the whole region to ride out global market ups and downs and climatic stresses like droughts.

Despite what the doomsayers and supposed environmental lobbies claim, irrigation schemes benefit more than just irrigators; they provide economic certainty for communities and bolster their environments. Examples of this are dotted throughout the country. It simply makes good economic and community sense for local government to invest in irrigation schemes.

In its recent submission on the next steps in fresh water management, Irrigation NZ correctly pointed out this fact as follows:

'An irrigator's business is founded on certainty. This includes access to a reliable water supply for irrigation and the ability to dynamically farm their land. It is this certainty that enables investment and continuous improvement in resource use efficiency and thus good environmental performance. Without certainty they and the considerable flow-on benefits to the regional economy are severely impacted. The national economy would also be affected, given NZ has predominantly an agricultural export based economy."

IrrigationNZ chief executive Andrew Curtis says the decision sets the Hawke's Bay community up for a positive future because access to reliable water will be a game changer for the region.

The last word goes to Will Foley: "The decision is a positive step towards the region receiving true tangible benefits while maintaining the community's environmental values. It's been a long time in the making, but there's a real sense of excitement about how positive this is for the region."

The future of the controversial Ruataniwha water storage dam in central Hawkes Bay is in limbo, following the recent local body election.

A damn load of emotional effluent

A controversial land swap deal which would have advanced the Ruataniwha dam scheme may now not go ahead.

Work could start as soon as September on the Ruataniwha water storage scheme if consents and land requirements fall into the place.