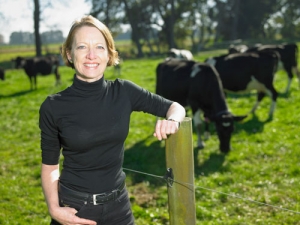 The dairy downturn could be an indicator of how the economy will suffer if farmers have to reduce inputs to meet environmental compliance standards.

Ron Pellow, executive director of the South Island Dairying Development Centre, has done the financial calculations based on real production figures, not scenarios. For Lincoln the outcome of constraining production by cutting fertiliser and feed inputs has been significant.

Data presented at the South Island Dairy Event in June by Pellow and co-author Professor Grant Edwards showed that farm profitability had been eroded by about $500/ha (over $80,000 for the farm) in 2013-14. N-loss was reduced from 42kg/ha to about 35kg/ha (Overseer version 6.1), giving mitigation costs of $75/kg N in the 2013-14 milking season. The farm has moved from being historically in the top 2-3% of performers in the district, to being at the low end of its own benchmark group.

A similar story, but different outcome, is being told by Taupo Beef. Taupo farmers Mike and Sharon Barton are constrained in the numbers of animals carried in 2004. In the last ten years costs of production have increased by about 48%.

They have survived by capturing an added value market where people are prepared to pay a premium for the beef because they know that by doing so they are protecting the lake. Taupo Beef supplies top end Taupo restaurants and the Bartons want to be the most expensive item on the menu – reminding people that preserving the environment is a costly exercise and that consumers have a role to play in the choices they make.

Taupo Beef is for the local market and the Bartons are clear that if everybody did what they have done the market would be swamped and nobody would be profitable.

Questions must be asked as to how New Zealand can survive without the productivity growth that has been the driver of the economy for so many years. Animals (breeding for production and increased numbers), nitrogen fertiliser, supplementary feeding, irrigation and precision mechanisation have enabled that productivity: more output has been achieved from each unit of input.

In the year to June 2015, dairy products, including casein and caseinates, brought at least $13 billion into the country; tourism brought in $11.7b – remembering that many of the tourists come to view the rustic scenery, including Hobbiton in heartland dairying country in the Waikato.

The sheep and beef sector has also increased productivity and in the year to June 2015 had created at least $8b of export value (meat, offal, wool, hides and ‘other’). At least 70% of beef now starts in the dairy sector.

The effects of the downturn are being felt on farms, in rural businesses and in towns. When the effect reaches the cities, people will begin to understand what ‘downturn’ means.

The tourism industry won’t be able to help – most of the jobs connected with tourism are making beds, cleaning rooms and waiting tables; productivity gains are not possible because the jobs rely on people directly – the number of beds they can make in an hour or tables they can serve in an evening. Between 1978 and 2013 (StatisticsNZ data released  June 30, 2015) labour productivity in the accommodation and food services sector decreased by 1.1% a year. In contrast it increased in the agriculture sector by 3.5% a year.

Pellow and the Bartons have highlighted a matter that should be a considerable national concern. Many attempts have been made to move into sectors other than agriculture, but in no other sector do New Zealanders have a competitive advantage.

Nutrient constraints will reduce profitability. This can be offset with a premium approach to a niche market. Achieving that premium for export has not been achieved but should be the focus of all exporting companies before the downturn becomes a recession.

These days it takes less time for the city to catch a cold when the farms sneeze.

• Jacqueline Rowarth is professor of agribusiness, The University of Waikato.