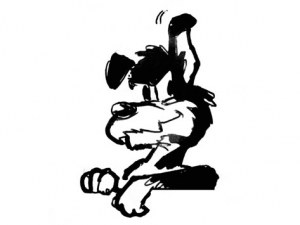 Your canine crusader suggests a vegan diet may not only be bad for your health, but it also can damage your sense of humour.

It is not hard to draw this conclusion, looking at an advertising campaign to promote Australian lamb that has upset vegans, who are calling it "discriminatory". The action movie style advert shows a SWAT team saving stranded Australians around the world who missing the famous Australia Day barbeque. The BBC says at least 250 complaints have been made to the Advertising Standards Bureau (ASB) – mainly by vegans. In one scene, a SWAT team smashes into the home of a man in New York saying: "C'mon mate, in a few hours you'll be eating lamb on the beach", to which the bearded man responds: "But I'm a vegan now". The ad then cuts to a shot of a flamethrower-wielding SWAT officer burning a bowl of kale on the table.

Don’t take away our livelihoods

US actor Joaquin Phoenix is being accused of taking away UK farmers’ livelihoods.

Review: A Seat at the Table

If A Seat at the Table hasn’t made it onto your must-see movie radar yet, it will.

What’s a perfume lover to do about wine?

It's okay to embrace wearing fragrances when tasting wine, despite what others say. Lee Suckling explains.