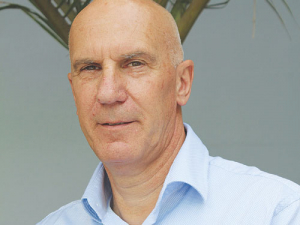 Spare a thought for soil — arguably our most underappreciated natural resource.

Globally, 95% of the food we consume comes from the earth. Soil serves as the earth’s largest natural water filter helping supply the world with fresh, clean water. Additionally, one-quarter of the world’s biodiversity — including millions of microbes which are key to the success of today’s antibiotics — are found in soil. Yet despite all this our soil is being destroyed at a rapid rate.

Continued erosion is central in degrading our soil. To create just 10cm of topsoil takes about 2000 years, but destroying it takes only moments. Erosion accounts for the loss of roughly 24 billion tonnes of arable topsoil globally every year.

In turn, our ability to produce cereals — wheat, rye, barley, oats and corn — is severely impacted. Annually, the world’s cereal production loss equates to 7.6 million tonnes. By 2050, we would have lost over 253m tonnes of cereals.

This is not all. The global population shows no sign of slowing down. Our world population is now about 7.2b, but by 2050 it’s projected to reach almost 9.8b.

And in New Zealand, according to the Ministry of Primary Industries, soil is a crucial building block for agriculture and other land-based primary industries. Erosion is the most critical issue affecting soil and the productivity of the land we use for farming, horticulture and forestry.

In general, farmers have stayed on top of erosion by planting trees or using modern tools such as no-tillage systems and generally relying on glyphosate-based herbicides. No-tillage systems protect soil moisture and the soil itself, both critical to maintain sustainable soil-based agricultural ecosystems.

Without herbicides — especially glyphosate — farmers are likely to revert to traditional methods of soil preparation such as ploughing. This releases more carbon into the atmosphere and contributes to soil degradation.

But although much needs doing redress the damage done so far, the good news is that a growing global movement and scientific advances are helping to restore soil health.

Advances in genetic sequencing have identified a broad range of microbes that can be used to improve our soil’s health and fertility. We now have many means of understanding the complex nature of our soils’ ecosystem and biological make-up. Technology is also contributing to more sustainable farming practices, optimising our use of fertiliser and removing pollutants to maximise our soil productivity while still preserving its health.

Technological innovation, individual effort and global education are all crucial to ensuring the future liveability of our planet. We need to treat each environmental resource with the same level of importance.