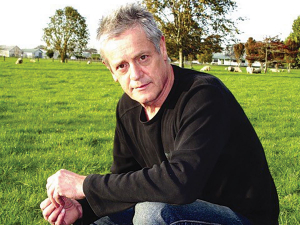 The best match I have come up with it the word 'contempt' - meaning that something is worthless and beneath consideration. Why should this be? What is it about RA that so irks me? What do other scientists think?

And therein lies the problem with RA.

Dr Charles Merfield from Lincoln University spells it out: "Fundamentally RA (and organic agriculture) is a values system and the only way to decide which value system is preferred is through debate/political processes. At its highest level, RA is beyond the reach of scientific method."

Landcare Research's Dr Gwen Grelet says that we need to build "a scientific understanding" of RA. Her long diatribe on RA is entitled "Research pathways to build science-based evidence and national narratives". It sounds like she has already made up her mind regarding the many claims made for RA and from her perspective all that is required is to run around and cherry pick some supporting science.

I first saw this approach being adopted in the now infamous Maxicrop case. After a 12-month-long hearing, the High Court in Wellington in the mid-1980s ruled, after hearing evidence from 20 scientists, that the product did not and could not work.

Initially the proprietors claimed that it worked because of the nutrients it contained. It was shown that the amounts of nutrients in the product were trivial. Next, they claimed that it worked because it contained organic matter, which activated the soil organisms. It was shown the amount of organic matter in Maxicrop was trivial relative to the amounts already in the soil-plant system.

Undeterred, a new mechanism was advanced. It contained a plant growth hormone, cytokinin. Unfortunatley, the concentration was such that about 90,000 litres per hectare would be required for it to work in the field.

As each claim failed the science test, a new claim was advanced. The product was above the reach of science therefore could be considered 'beneath (further scientific) consideration'.

I saw this same sequence of events play out in the organic farming fraternity. It was claimed that organic food is healthier than food produced by conventional farming. There have now been three major reviews of the international literature and there is no evidence to support this claim. Similarly, it has been shown that organic manures are no better than conventional fertilisers, in terms of maintaining soil productivity and quality. Therefore, organic farming is no better or worse than conventional farming in terms of their environmental foot print.

It does not seem to matter how much science is 'thrown' at organic farming, it will still persist. The myth is above and beyond the reach of science! Is it any wonder that scientists hold organic farming in contempt?

We see the same pattern emerging with RA. They are against the use of chemical fertiliser, preferring to use alternatives: liquid seaweed and fish hydrolysates. Around 800 trials have been conducted worldwide on these products - they do not work.

RA proponents favour the use of the Albrecht-Kinsey system of soil testing as a basis for making fertiliser advice. It does not work! They place faith in growing multiple pasture specie coupled with lax grazing. Current science tells us this is an agronomic nonsense. They claim that farmers will be better off despite the evidence that shows this it is not as profitable as conventional farming.

Evidence is now emerging that RA stock are no different from conventionally raised stock in terms of meat quality. And to claim that RA will reduce climate change by mopping up CO2 into the soil is neither practical or, indeed, possible.

RA is a many-headed hydra - as soon as one head is lopped off by science another grows in its place. Because it is faith-based there is no experiment nor any number of experiments that can be done which would falsify RA.

Applying Popper's test, RA is not science and is therefore not worthy of science investigation. It is no surprise that many scientists feel irked, as I am, by this new imposter. This feeling is greatly exacerbated by the fact that the MPI has given the Quorum Trust $1.85m to promote RA to New Zealand farmers! This at a time when genuine agricultural research is starving for funds.

Dr Doug Edmeades spent 20 years as a soil scientist at Ruakara before leaving institutional science in 1997 and establishing his own science consulting business.