Sorting the wizards from the prophets 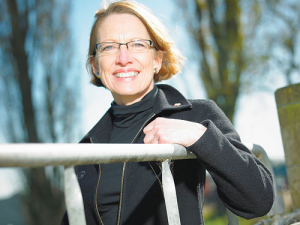 So says Charles Mann, a science journalist and author who has examined the history of environmentalism from the middle of last century.

Wizards focus on finding ways to do more with less, decreasing society’s footprint by applying science and technology. This means identifying and overcoming limits by finding technologies that deliver the greatest possibilities for decoupling human activity from environmental impacts.

In contrast, prophets are focussed on finding ways to live within limits, living in harmony with nature as far as possible.

In many developed countries, including New Zealand, the prophets are recognised as caring for the environment, whereas the wizards are overlooked. Yet wizards are looking after most of productive NZ – they are farmers and growers….

NZ wizards have an envied reputation. We know this by the number of farmers and growers from other countries who tour NZ; and there are international students, on OE, as interns or enrolled in academic programmes, coming from all over the world to learn about NZ production systems.

Technology transfer experts in countries with agricultural subsidies know that their job is much harder than it is in NZ – unless there is a subsidy attached to the change.

In NZ, wizards adopt the new technologies because they improve productivity, that is they achieve more per unit of input. Productivity gains in the agricultural sector over the past couple of decades have been greater than in any other sector; StatisticsNZ has the data.

Wizards also adopt completely new activities. Anybody saying that ‘farmers are too old to change’ should look at the deer industry (which began only in the 1970s), the dairy boom (picking up in the 1990s), the kiwifruit orchard growth this century, manuka honey this decade… there are many stories of success. There are also the not-so-good examples (ostriches, llama, cashmere goats and buffalo still have to achieve stardom) indicating that NZers are trying new things and ‘nothing ventured nothing gained’.

Equally important are the new technologies being applied within existing industries. Irrigation is a case in point: in the first half of last century, flood and border dyke irrigation was across the Canterbury Plains. The system was a triumph of technology available at the time, with the water being channelled, diverted and drained between the mountains and the sea, with careful calculation of the ‘fall’ seen as vital to ensure the water flowed in the right direction.

When wizards develop or are shown new and improved ways, they change.

Another example is effluent disposal (which on some farms links to irrigation): improved storage and low-rate application methods have reduced nutrient loss and rivers in many regions are benefitting.

Prophets are concerned that the good news stories might result in wizards thinking ‘job done’. But wizards don’t rest on laurels, ever. The world is changing too fast for resting, and the global challenges of climate variability, pest and disease pressure, increasing regulations and decreasing prices always present new opportunities to find.

The biggest challenge is the increasing number of people on the planet. Prophets have yet to answer how over 9 billion people will be able to live in harmony with nature. Wizards are already researching, developing and adopting the technologies that could help.

The smart money is on the wizards.

• Dr Jacqueline Rowarth CNZM CRSNZ HFNZIAHS has a PhD in Soil Science and has been analysing agri-environment interaction for several decades.