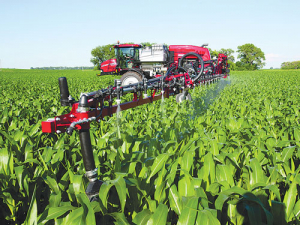 While 16 European states say they would be prepared to vote for a licence renewal of up to 10 years, France and Italy plan to vote ‘no’ and Germany will abstain.

The doubts arise from a WHO call for a ban on the product, prompted by a 2015 report by The International Agency for Research on Cancer (IARC) which said “Glyphosate is probably a human carcinogen”.

But much of the science in the study is said to have been de-bunked -- the results’ statistical significance did not have the necessary accuracy.

The European Commission on November 9 proposed a renewal of the licence for an interim five years, allowing more time to understand the perceived problem. A poll of the EU’s 28 member states resulted in a ‘no opinion’ conclusion because a majority vote for or against could not be reached.

With the licence set to expire on December 15, if no agreement to re-issue is reached EU member states will be forced to remove products containing glyphosate from sale, which will cause uproar in the rural and municipal sectors.

The Green lobby is being accused of politicising the relicensing, based on a populist vote rather than relying on good science. The secretary-general of the European Landowners Organisation (ELO), Thierry I’Escaille, says European politicians appear to have lost their understanding of agriculture.

“For so many to disregard science in favour of blogs and tweets has taken us back to a time when we may as well dunk scientists in water to see if they are witches or wizards, before we consider what they have to say.”

Meanwhile, a report for New Zealand’s Environmental Protection Agency by the National Poisons Centre concluded that glyphosate is “unlikely” to be a carcinogen and should not be classified as a mutagen or carcinogen under the HSNO Act.