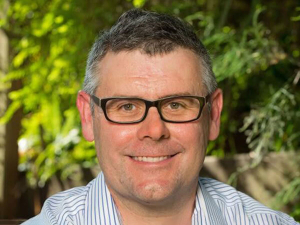 The issue will now be on the plate of Murray Watt, the new Agriculture Minister.

There is now concern around the future of the Agriculture Visa Programme (Ag Visa), introduced by the former Liberal/National Government with the backing of peak farmer body National Farmers Federation.

During the election campaign, Labor had rejected Ag Visa but had agreed to honour a deal to bring in Vietnamese workers into Australia.

AUSVEG, Australia's industry body for vegetable and potato growers, says that ensuring the Ag Visa meets the needs of producers is a high priority for the industry. Chief executive Michael Coote says the Ag Visa was designed to be a long-term structural change for the industry to access a more efficient and effective workforce and reduce its reliance on working holiday makers.

"Labor's plan for the Ag Visa leading into the election will limit the pool of workers to those that the industry already had access to through existing seasonal worker programs."

He says they will be advocating with Watt, the new Agriculture Minister, to advocate strongly for the Ag Visa to be extended to increase the pool of workers available to fruit and vegetable growers as a high priority. National Farmers Federation president Fiona Simson says labour shortage tops the list of priorities for farmers.

"The NFF and its members worked tirelessly to develop election priorities to benefit our farmers and all Australians," she says.

Simson welcomed the appointment of Senator Watt a Agriculture Minister. She says farmers will work with the new Labor Government.

Tanya Plibersek is the Minister for Environment and Water, another portfolio critical to farmers.

OPINION: The polls were right. Australia's general election has seen Scott Morrision booted out of office by a Covid-fatigued population looking for change.