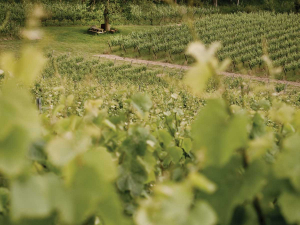 The Made with Care campaign – a New Zealand Government initiative – was designed to grow awareness, preference and demand for New Zealand food and beverage products while borders are closed, says Charlotte. “It’s helping amplify our premium New Zealand wine story and extend its reach internationally.”

New Zealand Winegrowers (NZW) has been working closely with New Zealand Trade and Enterprise (NZTE) in the United States, along with Food & Wine Magazine, on a paid media programme, funded by NZTE.

In early December, a New Zealand-specific food and wine content hub was launched on the Food & Wine website, geared up for special occasions over the holiday season.

“Covid-19 has changed the way people gather and celebrate in the US, and indeed worldwide,” says Charlotte.

“This hub has helped put New Zealand wine in the spotlight, and raised awareness of how our producers look after our people and places for future generations.”

December also saw the release of the Made with Care Holiday Gift Guide in Canada, developed by NZW, NZTE and Toronto Life, a monthly Canadian magazine about entertainment, politics and life in Toronto.

It included 32 New Zealand products for sale directly through the Toronto Life website, which has a digital reach of more than a million Canadians, says Charlotte.

“It was not only about building awareness and driving preference for New Zealand products, but resulted in direct sales of the products involved, keeping New Zealand top of mind throughout the holiday season.”

More in this category: « The Balance: Using setbacks to open doors New generation at Neudorf »
back to top