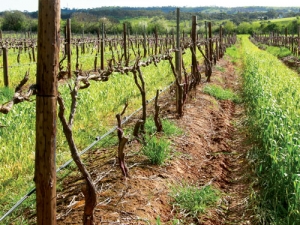 Has herbicide resistance led to a breed of super weeds? That was one of the questions being asked at the recent NZW Grape Days.

For AgResearch’s Dr Trevor James, the growth of resistant weeds throughout the world is a major concern, and should be of concern to New Zealand grape growers.

Prior to WWII, the only form of weed control was manual – in some cases it was back breaking work. But with the emergence of herbicides after the war, that work became a lot easier – spray a product onto the weeds and kill them straight off.

By the 1970s a new non-residual herbicide appeared on the market and was deemed as a lifesaver – for humans, not weeds. It was glyphosate.

James explained that herbicide resistance is an evolutionary process, resulting from repeated exposure to the same or similar herbicide.

“It provides a selection pressure, so we get one or more genes mutating. So when all the other plants are killed, that one remains and propagates – eventually causing an infestation.”

There are two forms of resistance; translocation which can be insidious. In other words the level of herbicide you use this year may need to be a little bit more than last, and you will require even more next year. The resistance creeps up slowly.

Ryegrass resistance is well documented in New Zealand, but what about other weeds? Are there any that should concern us?

James said fleabanes have become resistant in 11 countries. We have species of fleabane in New Zealand, the wavy-leaved and the broad-leaved.

“These are tall growing plants that would interfere with your vines,” James said. “Additionally they have wind borne seeds. So if they become resistant they would spread to other places much more quickly than ryegrass will spread.”

“We have prostrate amaranth, a low growing one which is often resistant to mowing. We also have green and purple amaranth which are taller growing and the very tall growing redroot.

“In Australia sow thistles have become resistant to glyphosate. We have two here, the ordinary sow thistle and the prickly sow thistle. Again these have wind borne seeds.”

So where to from here? James said we can chose to use another chemical other than glyphosate, which could solve the problem.

In other words, don’t rely on new chemicals to take over from glyphosate completely.

James said if you currently don’t have glyphosate resistance, protect that situation. Rotate the herbicide usage, choosing ones with a different mode of action.

“Try and get some cultural weed control in place, just to give the herbicide a spell.”

And if you have sprayed and discovered not all the weeds have died, remove them  manually. Don’t let them breed.

“My assessment of the situation here is that ongoing herbicide use is possibly not sustainable, certainly if you don’t put some of these things into place.”

For those who have glyphosate resistant weeds, James said a different management plan is necessary.

“Clethodim might be there for example, but certainly it’s not a long-term option. Cultural weed control is always a good option when there is resistance, and again scout for escapes and remove them immediately.”

The over riding message from James’ and other guest speakers regarding herbicide use was; If you are on to a good thing, don’t stick with it. Mix it up, otherwise you could be facing some pretty tough times in the vineyard in the years to come.

While New Zealand now has 12 glyphosate resistant species of weed, Australia has been dealing with close to 40. The impact of that resistance has led to a Glyphosate Sustainability Working Group being established. James Sabeeney from Sygenta is part of that group and told the recent Grape Days audiences that one of the most valuable tactics employed by growers in Australia has been the double knock technique.

“What is it? It is any two weed control methods being applied to the same weed in close succession,” he said. “Originally that was a non-selective herbicide like Glyphosate or Preeglone, followed by cultivation. However people didn’t want to cultivate, they didn’t see it as being sustainable to the soil. So they moved to two non selective herbicides in succession. Typically that is Glyphosate followed by Preeglone three to seven days later. Or Buster followed by Buster. Generally though, you need two different modes of action to give good resistant management.

“The analogy here is a boxing one. You put in the left hand jab first and follow up by a knock-out blow. That is exactly what these two modes of action are doing. The first one weakens the plant, makes its knees wobble, and the next one knocks it to the canvas. So it works extremely effectively. It incorporates both modes of action and you can see a whole range of other benefits around better weed control, exploiting the key strengths.”