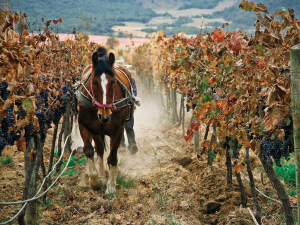 With a total of 922 hectares of biodynamic vineyards, Chile’s Emiliana Vineyards is the largest organic wine producer in the world. Now this renowned winery, one of the world’s Top 50 Admired Wine Brands, will be sharing their knowledge at the upcoming Organic and Biodynamic Wine Conference.

Established in 1986, Emiliana has vineyards in six internationally known valleys. It was in the 1990s, the move to convert the vineyards to organic and biodynamic began.

Emiliana is owned by the Guilisasti family who also own Concha y Tora, Chile’s largest winery and a regular top three in the Top 50 Admired Wine Brands.

While organic and biodynamic practices abound at Emiliana, not all are dedicated just to the grapes themselves. The company has taken their philosophy to even greater lengths, in particular the workplace. As well as being IMO-certified, meaning their staff is guaranteed a fair wage and fair treatment, they also offer employees scholarships to universities and colleges, and allotments on which they can grow their own fruit and vegetables.

The vineyards abound with animal and insect life, with alpacas, horses, chickens, bees, cows and geese amongst the creatures roaming. Native tree and flower nurseries are also located within the vineyards, providing material for future plantings.

All of this is obviously on a grand scale. As Stephanie McIntyre, marketing and events manager for Organic Winegrowers New Zealand says, Emiliana proves that converting from conventional doesn’t need to be for smaller growers only.

Two speakers from Emiliana will present at the conference, Christian Rodriguez, the GM and Sebastian Tramon the sustainability manager.

Another international speaker this year is Dr Georg Meissner, a researcher in the Department of Viticulture at the Geisenheim Institute of Applied Sciences.

With the Institute, Meissner has been conducting tests on three parcels of Riesling vines since 2006, evaluating the differences between conventional, organic and biodynamic viticulture. The takeaways are impressive and have further convinced him that biodynamics play an intrinsic part in the overall quality of soil, plant and wine.

Meissner will speak twice at the conference. Once on the findings from Geisenheim, and secondly as head of production for Alois Lageder’s extensive winegrowing operations in the Alto Adige region of northern Italy. His discussion in this presentation will focus on the reasons behind growing organically and biodynamically and the implementations of the farming structure.

While Meissner and the two speakers from Emiliana will be highlights, there are a number of other impressive speakers signed up, including;  top sommelier Sophie Otton from Australia, Robyn O’Brien from the ‘Unhealthy Truth’ and rePlant Capital in Colorado, New Zealander Kurt Simcic from Sebastion Farms in Canada, Dr Andrea Mannetje from Massey Univeristy, and Ruud Kleinpaste - The Bugman, among many others.

With 1300 ha, Chile’s Emiliana Vineyard is the world’s largest organic and biodynamic wine producer. Tessa Nicholson discovers that going organic on a large scale means you have to get past all the reasons not to.

The natural growth of organics

This is the third Organic and Biodynamic Winegrowing Conference Tessa Nicholson has attended. And given the success, it is unlikely to be her last.

New Zealand's only organic dairy cooperative is ready for its next phase of product development and growth.