Getting our act together on organics 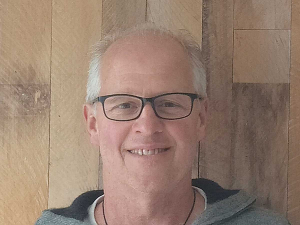 The Government's Organic Bill has passed its first reading and public consultation has begun.

Organic standards for producers and consumers

The need to protect the use of the term organic started internationally nearly 40 years ago. Standards were initially created to guide the producer and protect the consumer. These standards were made up of an understanding of the whole system or total environment that included soil, water, biodiversity, animal welfare, and specific production practices for horticulture, apiculture and agriculture, right through to retail.

As the global popularity of organics grew to now being the fastest growing multi-food sector in the world, so too did government recognition for the need to protect, promote and regulate it. Country by country, this has taken place using legislation, regulation and the creation of single national standards and trademarks. Assisting the growth are supporting policies like pesticide reduction, procurement, education and research.

Where countries have moved to regulate organics, substantial growth has followed, doubling or even trebling within a few years. Regulation provides assurance to farmers, entrepreneurs and consumers of a recognised legitimate system and a safe place to invest.

We knew we needed a national regulation and standard two decades ago, but it was not till 2013 that it became a focus for our national organisation Organics Aotearoa New Zealand (OANZ, www.oanz.org). By 2013, all the top 25 organic trading countries had regulation, but New Zealand, Australia, India and several others did not.

OANZ lobbied officials and demonstrated that the misuse and deliberate fraud of the term organic was creating confusion for consumers, missed economic opportunity and affecting the organic brand. Simultaneously, as more international markets moved to regulate and ‘get with the organic picture’, our trading partners were also increasingly looking for government-level systems that reflected their own.

In New Zealand, while MPI’s Official Organic Assurance Programme (OOAP) facilitates exports to markets requiring government assurance, we had no domestic protection. It was becoming increasingly difficult for us to develop future-proofed trade relationships, because we didn’t have a fully regulated system that protected the domestic market for our trading markets to trade into.

Through persistence and uniting strategies, OANZ came up with a clear four-point plan:

• Regulate the use of the term organic.

By the time OANZ had convinced government to regulate we had met with four Ministers of Agriculture and Food Safety, the Primary Production Select Committee several times, had field visits for MPs, held national hui, undertaken extensive consultation with our members, international experts and government officials, and launched our 2014, 2016 and 2018 Market Report in Parliament.

Most importantly we had ensured that this was a ‘good for New Zealand’ opportunity and the whole of Parliament agreed. The Act will increase consumer confidence, increase business certainty to invest in organic products, and facilitate international trade of organic products. This will then allow the development and introduction of the National Organic Standard and enable regulations for checking that these requirements have been met.

Once the draft Bill is approved, and we expect this to be shortly, it will be considered by the Primary Production Select Committee. The Government ultimately will own the Act and regulation and dictate the timing and process of the consultation that will unfold.

Best organic outcomes for all in Aotearoa NZ

It will also be an opportunity to consider how to integrate the Organic Act with other major regulations in New Zealand to do with climate, water, carbon, waste management and biodiversity. Why? Because all those parts are what make up an organic systems approach. Not only would it link-up our means of achieving measurable goals, but it also aligns with global and domestic interest, engagement and demand.

We need to consider how will the Treaty partnership be operationalised in the new Act and within the organic sector and the need to ensure the Organic Act recognises different cultural approaches to practising organics.

Leading international agencies who have already established a national regulation framework for organics in their countries have been quick to suggest to me that while we must focus on the prize – securing an Organic Act – we are right to simultaneously make it the best it can possibly be. Strategies for scaling up organics are not just about production and trade, but also include things like education, research, extension, marketing and communications – all integrated, fully budgeted and enabled across national and regional governments and private enterprises. It will for example need to be digital.

This all requires excellent co-ordination and a ‘team New Zealand’ approach, in taking organics in New Zealand to scale. So, with our prize now in view, remaining united, focused and strategic with an attitude of working together with officials will ensure our Organic Act achieves what we envisaged it to do – protect and grow the opportunity for organics in Aotearoa New Zealand.