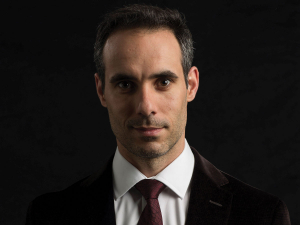 Now rebranded as Accuro to encompass spirits as well as wine, the successful Auckland startup offers rapid maturation using a portable micro-oxygenation device that slowly diffuses tiny amounts of oxygen into the wine - just like a permeable oak barrel would - while feeding ageing information back to the winemaker's phone. "We amplify Nature's aging progress letting you create mature wines and spirits in a fraction of the time," says Accuro Chief Executive Dr Mark Eltom.

As well as making good headway into the global wine and spirits industry with micro-oxygenation device, Accuro has commercialised an oxidative-reductive-potential (ORP) probe that measures the aeration of the ferment, whether the ferment is in danger of producing Hydrogen Sulfide, and what is overall "health" is. Mark says few people he speaks to know what ORP is, but all winemakers are acutely aware of reductive problems in fermentation or in wine, "and the impact these issues can have on final qualty", he says. "And absolutely nobody wants their vintage ruined in such a way."

Accuro ran a research and development project looking at ways of measuring ORP and trialled both in-house custom-built and purchased off-the-shelf in roughly 10 million litres of wine in the 2021 vintage. That included Sauvignon Blanc, Chardonnay, Pinot Noir and Pinot Gris, "and had some very interesting results", says Mark. The probes and associated technology they tested ranged in price from $20 all the way up to $3,000. "We discovered pretty much every single one to get to the bottom of what really made a good sensor for wine fermentation," says Mark.

The company used the data and information gleaned in those trials to develop an internet-connected sensor and app to monitor aeration effectiveness and spot trouble ferments early on, giving heads up as to whether a ferment has started or needs further inoculation and yeast activity. It can "pre-empt reductive issues", says Mark. ORP is measured in voltage "and any reading below -75mV is a good guideline that reductive issues can, and probably will, start occurring", he says.

Mark worked in research at New Zealand Winegrowers before a few years at Callaghan Innovation, where he had his eyes "cranked wide open" to the opportunities in startups and innovation commercialistaion, including technology to transform the wine industry.

He joined Accuro in early 2020, with the target of leading the new product development (the ORP sensor and NextGen oxygenation device), widening the company's customer base, and exploring new verticals for the technology, including the expansion into spirits.

While it began with wine, the future for Accuro is in the even more traditional, but steadily growing, world of spirits, he says.

Mark says New Zealand is a great environment to grow startups, with people generous with their time, "if you are genuine about trying to solve something that is cauing them an issue".

On the flipside, a small nation makes for a small system with potential for crossovers, and funding can be harder to achieve, although that is rapidy changing, he says.

Accuro is currently in a $2 million funding round to continue its development. "The ideal fit for the investor is somebody who can really add value beyond just a financial contribution," says Mark.

"Someone who has a background in technology, hopefully likes wine and spirits, and buys into the mission we are going for."

Hectre: Simplifying the business of growing

Kiwi agritech startup Hectre is on a mission to deliver the world's simplest technologies to the fruit growing world, says Chief Executive and co-founder Matty Blomfield.