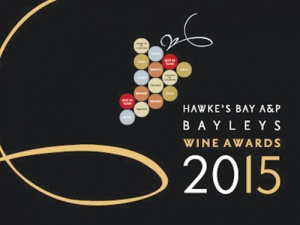 This year is the 15th consecutive one for the annual show, which was held in late September at the Eastern Institute of Technology in the Bay. The chair of judges was winemaker Rod McDonald, who will hand over the reins to fellow winemaker Rod Easthope for 2016.

This year's show highlighted the strength of the region's best quality Chardonnays, Merlot-dominant reds and Syrahs (which remain relatively small in quantity) but it also contained seven lesser known grape varieties this year in the Other Red Varietals class and pin pointed other top strengths for the region, such as outstanding Chenin Blanc, a high quality Verdelho and the potential of Semillon in Hawke's Bay.

"Malbec and Cabernet Franc are an established part of the landscape in the Bay, which winemakers here know how to make and have experience with over several years," said senior judge and panel leader, Rod Easthope.

The other grapes in this class remain relatively obscure in the Bay, despite being made for several years now. These included Marzemino and Grenache, which chair of judges Rod McDonald describes as "very fringy". Despite which, the lone Marzemino at this year's competition was awarded a silver medal for its outstanding fruit characters, its pronounced smooth tannins and an accentuated fresh spice character.

The Hawke's Bay A&P Bayley's Wine Awards is the only show in this country to have a museum class, which contained 18 wines this year.

Show rules stipulate that wines must be at least four years old to qualify for entry in the museum class. They can be entered from two sources. Firstly, winemakers in the region are encouraged to enter older wines independently (as they would enter the show with other mainstream categories). And secondly, the A&P show organisers purchase a case of wines that win in the museum class. These wines are then re-entered in the show in future years.

"There is no other opportunity or forum to see Hawke's Bay wines together like this and the potential is there to drill down on styles," says McDonald, who is keen to see the show help those in the region develop a regional language for the Hawke's Bay wine industry.

Master of Wine Steve Smith, one of the original judges from the region's first annual show, was also back judging this year.

Point of View: The world's most southerly Cabernet Franc

Whenever I hear the words “alternative varieties” in relation to wine, I feel a funny mixture of emotions.