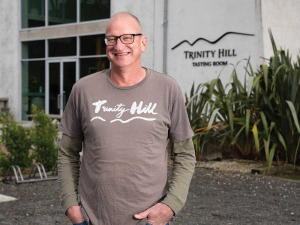 Why not Homage? Warren admits that market pressure was an influence, but they also wanted to be absolutely sure that screwcaps were an effective closure after a couple of decades in bottle.

“The immediate goal was to eliminate the obvious cork ‘taint’ issues that were so prevalent at the time, particularly TCA or TCA-like effects, while hopefully retaining more freshness and typicity of the vineyard in the bottle. We were very much aware of other closure-driven issues with natural cork, including oxidation, a general lack of freshness and major variation between bottles, etc. We immediately saw benefits with the elimination of cork taint related issues and over time further positives became apparent.”

Outside of the normal benefits considered to be the result of screwcap closure, they found these other major benefits for ageing and bottling robust red wine styles under screwcap:

1. Less ‘pinching’ of the tannins. A softer, smoother mouthfeel.

2. Better expression of colour plus an openness on the nose and palate of the wine.

3. Earlier drinkability but no negative effects on age-ability.

Homage will wear a screwcap from the 2018 vintage, he says. “It’s now time to move on. Why? Quite simply, it is a better wine for it, both now and in the future.”

It’s high in price, small in production and set to grow following high quality grapes from the 2018 vintage.