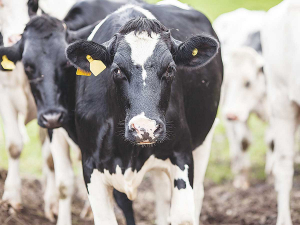 MPI are reminding farmers to register their animals with the NAIT scheme after one CEO failed to register 820 animals.

Chief executive of Lochiel Farmlands Limited, Kim Phillip Robinson, was responsible for the registration of the animals under the National Animal Identification and Tracing (NAIT) scheme.

The farm manages about 3,000 cattle as dry stock with its main operations being as a breeder and finisher of stock.

He was sentenced last week at the Pukekohe District Court.

Ministry of Primary Industries regional manager animal welfare and NAIT compliance, Brendon Mikkelsen, says the NAIT system is critical to our ability to respond quickly in the event of biosecurity outbreaks.

"It allows us to track and trace animals that might be moving between farms or to meat processors so we can quickly understand and deal with biosecurity threats which can have a devastating impact on the rural communities and the wider economy.

"Despite previously being reminded of his obligations and being registered as the person in charge of the NAIT animals since 2012 at Lochiel Farmlands Limited, Mr Robinson failed to play his part to protect New Zealand's biosecurity."

Robinson's offending came to light through an analysis of the NAIT database.

"Most people in charge of animals understand what is at stake and ensure they've registered NAIT animals. For those who don't, our message is that non-compliance will be found and dealth with," says Mikkelsen.

"Whenever farmers are moving their animals to other locations, it's particularly important that they remember their NAIT responsibilities.

"We encourage people to talk to their farm advisors, or make contact with OSPRI or their industry organisations for support.

"MPI as processes in place that will alert NAIT officers if NAIT animals have not been registered - or if they have been moved without this being recorded in the NAIT system. MPI utilises this system every day, not just on moving day," Mikkelsen says.

Robinson was also ordered to pay court costs of $130.