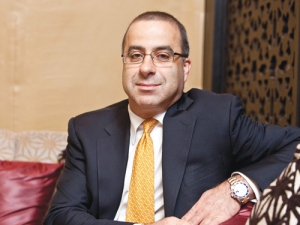 TDP, one of Tasmania's largest dairy companies, processes about 25% of the state's milk.

MG managing director Gary Helou acknowledged Mitsubishi's collaboration with MG during its three years work to establish a "foundation footprint in Tasmania's dairy industry". "Mitsubishi will continue to be an important business partner for MG, following the acquisition," Helou said.

"Over the past decade, the Tasmanian dairy industry has grown strongly. With its rich dairy tradition and favourable climate for pasture based farming, Tasmania is an important, strategic dairy region for MG to have a strong presence in."

Earlier this year TDP suppliers were invited to join MG and become MG supplier-shareholders. This invitation was well received and from the start of 2015-16 season all milk supplied to TDP has come via MG's Tasmania suppliers who joined the co-op.

"We were pleased to be able to extend the benefits of our dairy co-op to Tasmania dairy farmers and we look forward to continuing to grow our supply base and production."

MG entered the Tasmania dairy industry in mid-2000 by buying Classic Foods (Edith Creek) and in 2011 it spent $80 million on a milk processing facility for TDP at Smithton.