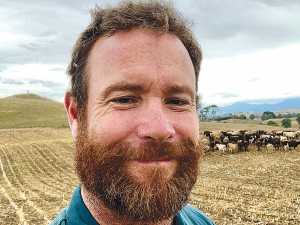 “We’re seeing the market respond to that.”

The group says it’s a sentiment that Ross Riddell, general manager of Link Livestock agrees with.

“Demand for Jersey herds and stock lines have been significantly ahead this season, and we’re getting good interest in surplus in-calf Jersey stock,” says Riddell.

“Prices for in-milk stock are at least as high as the other breeds but in many cases higher due to shortage in supply.

“The drought conditions in many areas may exacerbate the problem and push prices higher with farmers not in a feed position to carry surplus in-calf cows through to the end of the season for other farmers to purchase.”

LIC, who supply semen to around 80% of the industry, also experienced an increase in Jersey semen sales this season.

Jersey sales of LIC’s flagship AB product – Premier Sires – ended the season 2% ahead of last year at 14% while their frozen product was also up 2% to 21% of total frozen straws.

With increased demand for Jersey semen LIC have decided to extend their fresh sexed semen offering next season to include Jersey.

All this is good news for those wanting to get more Jersey genetics in their herd, says Watson.

“There’s long been acknowledgment of the ability for Jersey’s to convert feed into milksolids more efficiently than any other breed, and we’re seeing renewed interest in Jersey’s due to strong milkfat prices. All indications are that a VCR of parity to 1.2 is the new normal.”

“Increasingly farmers are also becoming aware of the breed difference in pregnancy rates. This spring the majority of Jersey herds are reporting non-pregnancy rates in the 7-12% range, whereas the typical Holstein Friesian herd is around 11-17%. This variation makes a significant difference to year-on-year replacement rates, farm carbon emissions and the cost of rearing young stock,” says Watson.

The Jersey breed also has the advantage when it comes to those wanting A2 animals. “Around 60% of the Jersey population carry the A2A2 gene, compared to 44% for Holstein Friesian and 53% for crossbreeds,” says Watson.

“It’s certainly something farmers should be thinking about when they make their breeding decisions next season.”

The best of both worlds

When it comes to balance it doesn't get better than the production of Friesians paired with the efficiency of Jerseys.

A game-changer for the Jersey breed

Two Jersey cows-linked organisations have invested in a 215ha Southland farm with a view to raise funds for breed promotion.

Case for Jersey genetics has never been stronger

Breeding and genetics are a long-term game and it’s three years from the time we make the choice around which straw or bull to use, until we really know whether it’s been a smart decision. So, it’s understandable that most farmers are thinking ahead when it comes to their breeding.