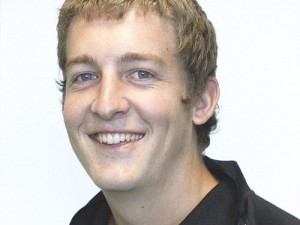 Dairy farmers are using a range of tactics to keep their cows and farms safe from Mycoplasma bovis this mating season.

So some farmers think twice about the traditional combination of artificial insemination (AI) and bulls; instead they consider extending AI to avoid bulls, or they reduce the number required.

Farmers have recently been quizzing DairyNZ as they weigh up the risks and benefits of each approach.

DairyNZ response manager Hamish Hodgson says the best thing farmers can do to protect their herd and farm is “do their homework”.

“Unfortunately there isn’t a silver bullet; there are pros and cons associated with both AI and bulls,” he says.

But few farmers are making drastic changes, Hodgson says. Most appear to be sticking with AI and bulls.

“Few farmers have elected to use a full AI system due to the likely lowering of overall fertility stats, perceived costs and increased labour for accurate heat detection.

“Those using bulls should still do their due diligence, check where they’ve come from and whether they’ve been in herds with a history of disease.

This is extremely important, especially if they’re older bulls that have done a few mating seasons on other farms.”

Hodgson has heard of a spike in demand for virgin bulls with minimal exposure to other animals, reducing the biosecurity risk.

Farmers have also been asking about M. bovis tests for bulls, Hodgson says.

“There is a PCR (polymerase chain reaction) test that is highly sensitive and will detect if M. bovis is present in a sample, but the complex nature of the disease can make this challenging.

“Because infected animals only shed the bacteria intermittently it is dependent on M. bovis being present where the sample is taken, and on the day the animal is tested. This means a result of ‘not detected’ doesn’t necessarily mean it’s disease-free. That’s why we’re recommending farmers gather as much information as possible about the source of any bulls and don’t rely on PCR results.”

It’s recommended farmers using bulls keep them separate from their main herd for at least seven days to allow time for the disease to present itself if they’re infected, Hodgson says.

Any farmers concerned about the health of bulls should contact their veterinarian before introducing them to their herd.