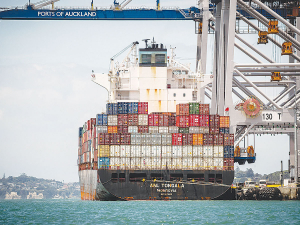 Shipping freight indicators show few signs of easing, and high prices for the later dairy price contracts might imply buyers are still worried about securing supply further into the future than anticipated.

All whole milk powder contract terms continue to trade north of US$4,000/tonne, with the September contract trading at a premium, he notes.

“The indications suggest that prices will hold their momentum well into next season, particularly during the crucial months when Fonterra does most of its shipping,” says Keall.

“The upshot is we reckon WMP prices hold up higher for longer.”

Earlier forecasts saw shipping fears starting to ease, reducing the need for buyers to secure supply through aggressive purchasing and in turn taking some of the heat out of prices.

However, freight indicators show few signs of easing, and high prices for the later contracts might imply buyers are still worried about securing supply further into the future than anticipated, says Keall.

The key market of China is expected to continue recovering from Covid.

A rise in global milk prices is followed by farmers ramping up production. Keall notes that while their model sees a supply response starting to put downward pressure on prices toward the end of the season, they are still confident demand will outstrip supply.

Keall concedes there is an element of “educated guesswork” for a forecast this far in the future.

“There are all sorts of swing factors to consider – an unexpected move by China to ease purchases, or a faster-than-expected supply response. Still, we feel farmers can be increasingly confident of another strong season.”

“It’s late in the day now, and something pretty dramatic would need to happen for us to make a change here,” he says.

Keall says the story is that prices are holding on to their gains.

“We always felt the odds were against a sharp correction in prices after March’s mammoth auction, but the resilience in prices has exceeded our expectations.

“Notably, this is the fifth consecutive auction in which WMP prices have held above the US$4,000/tonne mark.”

“Both overall and WMP prices have recorded movements in either direction of less than 1% over the last four auctions,” says Penny.

Accordingly, prices remain at very healthy levels. WMP prices for example now sit 54% higher than at the same auction a year ago. In addition, WMP prices are currently over a third above their five-year average.

Fonterra will release its third quarter results this week and its opening forecast for the 20-21 season.

Heading the other way, lactose and cheddar prices posted gains of 1% or more, while skim milk powder also lifted 0.7%.

Finishing On A High

Open Country Dairy says the 2020/21 season has all the makingsof a season finishing on a high.

Chief executive Steve Koekemoer says continued strong short-term demand for dairy in the global market has been reflected in the market prices for its product mix, which remain elevated.

“These positive prices have flown through to our milk price and we have adjusted the May forecast accordingly.

“We have increased the May Settlement Period price to $8.25 - $8.55 and I am confident that we will deliver within this range.

“Our view is still one of consistent demand in the medium term, but we expect a slight downward correction as we head into the new season and towards the NZ milk peak.”