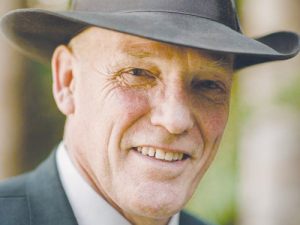 The system has been in development and farm use for 15 years. Even dairy farming critic Fish and Game (Nelson/Marlborough) says it is impressed. Important results of the farm comparisons will be known in the next few months.

Functional Fertiliser Ltd supplies varieties of crushed lime with the crucial addition of a specially brewed cocktail of fungi and bacteria. It says the system stimulates clover growth to the point that pasture fixes its own nitrogen, removing the need for nitrogen fertiliser and providing a range of measurable benefits.

Agmardt (Agricultural and Marketing Research and Development Trust) has approved a grant of just under $60,000 to investigate Functional Fertiliser Ltd’s system.

Matched dollar-for-dollar by the company itself, the money will fund an analysis of carbon sequestration on a farm which has been using the system for several years, comparing it with a similar farm using conventional fertiliser. The results of that are expected by the end of the year.

It will also fund a second phase, the development of a functional fertiliser farm systems management tool for use by farmers and their advisors, due to be completed by February.

They have also applied to MPI’s Sustainable Farming Fund for a follow-up study of 20 focus farms around the country over the following three years.

Directors Peter and Coralie Burton have been developing the system for about 15 years, and now supply a loyal customer base of about 200 farms around the country, from two main depots in Taupo and Rolleston.

Their two core products are CalciZest, based on regular lime, and DoloZest, made from Golden Bay dolomite, a high-magnesium form of limestone. The key extra ingredient in both – the ‘Zest’ -- is a carefully chosen mix of brewed live soil bacteria and fungi in a ‘soft carbon’ carrier consisting of naturally aged bark fines.

“Most dairy land has an ongoing requirement for magnesium,” says Peter Burton. “So, typically for dairy operators, DoloZest plus phosphorus and sulphur is applied in autumn, and that looks after the magnesium inputs and ensures good animal health.

“Then in spring we usually do a CalciZest application along with required P, K, and S and that encourages clover growth over the growing season.

Burton says simply putting microbes into the soil doesn’t work because the existing mix of microbes is the result of the pre-existing conditions.

“The key thing with DoloZest and CalciZest is that we change soil conditions: we provide more calcium so have an increase in pH; there is an increase in worm activity, and with that an increase in all other beneficial soil-dwelling fungi and bacteria.

“Biological activity in the soil is stimulated so the nutrient cycling becomes a lot more rapid. Particularly within pastoral soils there is 5000-15,000kg/ha of nitrogen within range of the roots, within that top nine-ten inches. More of that becomes available for plant uptake.”

Burton says clover is “a huge part of the plan” because it fixes nitrogen and is a better and more digestible animal feed.

Burton says that under their system, dairy farmers who may face having to de-stock to meet future environmental standards could instead maintain stock levels and even increase production.

He points to a previous study comparing a client farm in the Edgecumbe, Bay of Plenty, area with a nearby conventional farm. That study concluded that in the 2011-12 season it recorded a $500/ha better profit with a significantly smaller environmental footprint in all respects, particularly in nitrate-N concentration of water beneath the pasture.

Meanwhile, the system is also getting the nod from Nelson/Marlborough Fish and Game because of the benefit of reduced nitrate runoff to water quality.

Manager Rhys Barrier called it a “potential silver bullet” for some of the environmental issues now facing dairy farming.

“The data I have seen to date on the performance [of the monitor farms] makes me believe it is one of the most exciting mitigation tools out there for dairy farmers currently, and will easily enable them to meet nitrate leaching limits and the like coming through the pipeline in regional plans,” he said.