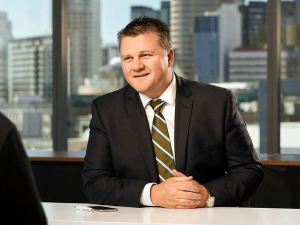 Fonterra has managed to sell only 1% of its stake in the troubled Chinese company Beingmate.

Chief executive Miles Hurrell says the co-op will continue to offer the shares on the Shenzhen Stock Exchange market.

Trades greater than 5% can be made to an individual party in an off-market transaction.

Hurrell says the co-op is also willing to sell a larger stake off market to any interested party.

Fonterra paid $750 million for its 18.8% shareholding in March 2015, in a bid to gain access to Chinese consumers for its infant formula.

Last year Fonterra wrote down the investment by $439m which helped lead to its first ever annual loss of $196m.

Hurrell says apart from Beingmate, the co-op is reviewing its China Farms and Brazilian joint venture with Nestle.

He expects a decision on both these investments this financial year.