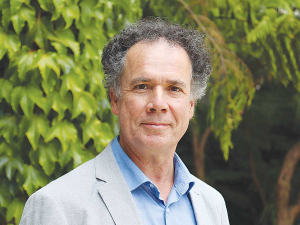 Both policymakers and scientists are struggling to deal with the issues of climate change and greenhouse gas emissions, says an expert.

International scientist Professor Bob Rees, Scotland Rural College, told Dairy News when he was in NZ recently that part of the problem is the very high-level policy agreements that governments have signed up to such as the Paris agreement.

He says national policymakers are trying to implement the consequences of that agreement, but he says he doesn’t think they have worked through the details and how these might apply to individual sectors such as agriculture.

“We need to know a lot more about what agriculture needs to do,” he says.

“Often there is inertia in the farming sector because people want to do what they have always done and doing things differently is not always attractive. So I think the farming industry needs support from people such as policy advisors, farm advisors and researchers to implement some of the technologies that are available,” he says.

But all that aside, Rees believes that in some areas of farming change is inevitable and he believes in some areas it will be painful. He says in the UK it’s widely known that a large proportion of emissions come from livestock and that some of the farmers are inefficient and are being propped up by subsidies.

“So in some cases we are subsiding a sector that isn’t producing very much food, but is producing a lot of greenhouse gases. Now I think we have to target that and say well that is probably not the right way of managing that land and there are other land uses such as forestry which will be more profitable that will also cut carbon. But I also concede thatin some areas we can simply improve efficiency and provide some carbon technologies and inhibitors that will help reduce emissions and we can carry on doing some of the things we are doing already,” he says.

Rees rejects the notion that farming is being unfairly targeted saying that other sectors such as transport are equally unhappy about the way they are being treated.