Dairy Industry Awards could be a global showcase 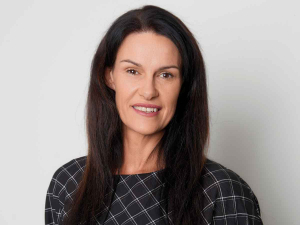 The new chair of the New Zealand Dairy Industry Awards (NZDIA) Trust wants to use the awards to showcase NZ dairy to the world.

“My dream is one day to be able to put our supreme award winners up against the world’s best,” said Canterbury business consultant Natasha Tere.

As a Nuffield Scholar, Tere says she has a global outlook.

“It would be good for us to position our industry alongside the world because I know we are such high performers.”

But it would take a lot of support from funders and sponsors.

“That’s where I’d love to take it but it’s going to take a lot of effort to get it there.”

Tere also wants to use the awards to help bridge the urban-rural gap and have entrants showcase best practice.

“We know there’s fantastic stuff happening in our industry and we’ve got amazing talent but we’re just not getting the headlines.”

Tere says while some sectors are trying to undervalue the industry but it benchmarks well against global competitors through our generally free-range pasture-fed systems.

Tere has supported the awards since getting involved while managing the agribusiness arm of an award sponsors in 2009. She has been a member of the trust since 2017.

“It was a privilege to watch people work their way through the industry. You got to know the ones who won Trainee Of The Year and who are now head managers or operations managers for the likes of Dairy Holdings.

“That’s what captured my attention, why I love it so much.”

Tere is a former sharemilker and farm owner who moved into the corporate world in the 1990s and now works primarily as a consultant, in and out of agribusiness, and holds several senior management roles.

A keen sportswoman, she competes internationally as a figure athlete (bodybuilding) and is a director of NZ Rugby League, representing the southern zone, and she has chaired Canterbury Netball.

She is now completing a year as a future director AgResearch where she experiences “a really high functioning board at work”.

As the new NZDIA Trust chair, Tere says her goal is to evolve with the needs of the industry and to celebrate diversity and the changing landscape.

“What we focus on and judge educates our entrants and volunteers. That drives change through sharing and their taking those best practices back to the farm and on to the next farm as they develop their careers and move on.

“The awards give dairy farmers the opportunity to independently benchmark themselves against their peers, and to be part of a network caring about the wellbeing of our people, our land and our communities. The awards inspire growth and leadership within our Industry and at all levels from dairy trainees through to equity owners.”

Tere acknowledges her predecessor, Woodville farmer Ben Allomes, who has guided the trust through a time of change with technology, the introduction of the Recognition of Prior Learning Diploma (RPL) and a new general manager.

“We are woven into the DNA of the NZ dairy industry.  We are an industry voice with over 7000 people directly engaging with the programme each year,” said Allomes.

In 2016 Tere was a finalist in the Woman of Influence Awards in the rural category and was awarded a Nuffield Scholarship in 2013. She holds tertiary qualifications in agribusiness management and livestock production management. She is a Master in Project Management.

Entries for the 2020 awards are open until November 16.