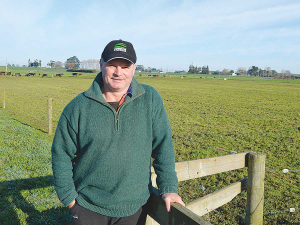 Fonterra announced normalised earnings before tax of $584 million, up from $312m the previous year. Net profit rose to $501m, up from $72m last year. Net debt was reduced from $7.4 billion last year to $5.8 billion.

Despite the strong earnings performance, Fonterra board decided not to declare an interim dividend.

Chairman John Monaghan says after considering the current uncertainty of the impact COVID-19 could have on earnings in the second half of the year, the board has elected to not pay an interim dividend.

“At the end of the financial year the board will reassess the co-op’s financial position and review the decision to pay a dividend,” he says.

“As well as posting a much improved EBIT, what I was most impressed with was the debt reduction.”

“As a shareholder I would have liked a dividend, but certainly never expected it and would prefer that these retained earnings are better used in stabilising the co-op for future long term strength.

“Much credit must go the Miles Hurrell and his senior management team for making some tough calls and now seeing the results as we hopefully come out from the other end.”

However, McGiven had a word of caution too.

“Nothing is certain in the business world, especially with a pandemic on the loose,” he says.

“Our Foodservice business has definitely been our stand-out performer in the first half as we’ve grown our sales to bakeries and coffee and tea houses across Greater China and Asia.”

The co-op is continuing its strategy of reducing debt by selling non-core assets. The sale of DFE Pharma and foodspring brought in $624 million. Hurrell says this helped reduce net debt by 22% or $1.6 billion.