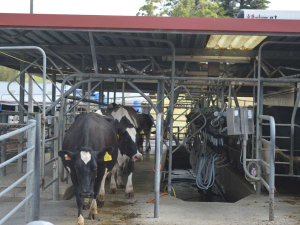 In December 2019, the co-op collected 184 million kgMS from farmer suppliers: 0.6% down for the same month in 2018, according to its monthly global dairy update.

Season to date collection was over 909m kgMS, 0.5% down on the previous season.

Fonterra says December weather had some impact on pasture quality in some northern regions, however grazing crops are doing well, and cow condition remain very good.

New Zealand milk production was down 0.5% on a litre basis (up 0.2% on a milk solids basis) in December compared to the same period in the prior year.