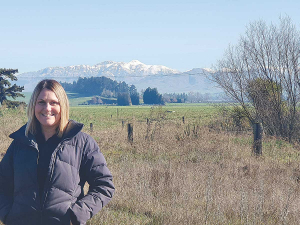 Paula Hems, Rural People, says Kiwis applying for farming roles since Covid-19 often do not have the experience or the right attitude to fill the many roles available.

Rural People director Paula Hems says these overseas workers will be key to keeping the economy in a healthy position.

While there has been an increase in Kiwis applying for farming roles since Covid-19, Hems says they often do not have the experience or the right attitude to fill the many roles available. This has seen a need to expand and consider overseas workers. Rural People hires, on average, 100 Kiwi and overseas workers annually to work on dairy farms throughout New Zealand, as more farmers face urgent labour needs.

Recently the Government eased some restrictions for overseas workers, offering three-year work visas for potential workers from around the world to come to New Zealand.  Despite these relaxations, it is extremely important that the “right” person is placed in these roles and all legal requirements are met with a thorough recruitment process being followed, says Hems.

She  says such has been the shortage of quality candidates, that recently a guy who only had one month’s experience in dairy, obtained a three-year visa because the client was prepared to meet the salary requirement of $25.50/hour because they were desperate for staff.

“In the past it has been important to follow the government directive and recruit Kiwi’s, but recently Rural People have advertised jobs and had up to 25 applicants, of which none were Kiwis,” she says.

This has led to a growing demand for overseas workers on dairy farms, which with Covid-19, recruiting offshore applicants has been thrown into disarray.

Hems says this has meant it is impossible to bring overseas workers into New Zealand right now.

“It is very frustrating because some of the farmers and the candidates are prepared to pay for managed isolation but there aren’t enough rooms in the isolation centres,” says Hems.

“The Government does not class these workers as ‘important enough’ to come here.  Even people that have worked here for six plus years, paid tax and were good honest hard workers who just happened to go home for a holiday last January, have not been allowed back, which has left the dairy industry again with a huge staff shortage.”

“New Zealand is a stunning country for overseas people to come here, earn better money than they currently get paid as well as having a better life for their families,” says Hems.

“Coming to work in New Zealand provides overseas workers with a vastly different farming experience and one they may never get if they remained in their country of birth.”

Hems says for example, they have employed several people who previously worked in Saudi Arabia.

For them the climate here is much better and the fact that they get to see cows outside and eating grass, that is a huge difference to what they have been used to seeing, she adds.

“When working with fantastic farmers, who are the backbone of our country, it is important that we work hard to source the right candidates and to have the strong ethics that need to be followed in the recruitment industry.”

She says this ensures all parties are represented correctly. Often foreign workers can be exploited, which in her mind has no place in our country.  “This can see exorbitant fees being charged for overseas workers seeking a three-year visa, which requires the same amount of work as a one-year visa, but some companies choose to add huge margins for some reason.”

The process consists of an interview with the candidates that apply for the roles, a reference check and then presenting two or three potential workers to the client to interview. They then choose the person they think best suits the position and the culture of the team. This is a process that has worked for many years and still works today, Hems says.

"What you may find is that some recruiters take short cuts and simply send a couple of links to Skype interviews and expect the client to choose one of them," she says.

"For me this is getting really strange. For me, really getting to know my client is non-negotiable. I would never, and have never, placed a person on a farm that I have not visited. I find out so much information when I sit down with my clients and get a really good overview of the business and the team so that I can match the person exactly to the position.

"I always say anyone can 'fill a job' but for me it's more than that. It's about our business becoming an extension to my client's business."