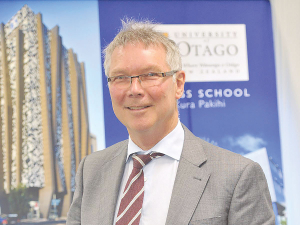 Environment Minister David Parker says the draft outlines key aspects of the Natural and Built Environments Act (NBA) that will be presented to Parliament and then referred to a select committee inquiry.

The NBA covers land use and environmental regulation and is the primary replacement for the RMA which the Government has promised to repeal and replace. The 'old' RMA has drawn much criticism over the years from both rural and urban communities and there is hope the new law will speed up and improve the resource consenting process.

Parker says the document just is released is known as an 'exposure draft' meaning that stakeholders and the public can give feedback to the Government on the actual bill before it is formally introduced into Parliament. When it is introduced, there will be a second chance for the public to air their views on the bill through the parliamentary select committee process.

Parker says this unique process is intended to test and improve the contents of the bill before it goes into the formal parliamentary process.

"The initial select committee inquiry is a novel way to provide an open and transparent platform for the public to have an early say on this key legislation. A second select committee process will be held when the full bill is introduced to Parliament in early in 2022," he says.

Parker says this is a once in a generation opportunity to get this right, so we want to make sure we do get it right. The select committee inquiry is expected to run for around three months and the public will be invited to make submissions on the exposure draft of the new bill during this time.

Parker says the NBA is one of a set of new laws the Government intends to enact in order to create a resource management system that is fit for the future.

"The RMA takes too long, costs too much and hasn't protected the environment. The proposed NBA sets out how we can better protect and enhance our natural and built environments, ensuring that the way people and communities use the environment supports the well-being of current and future generations," he says.