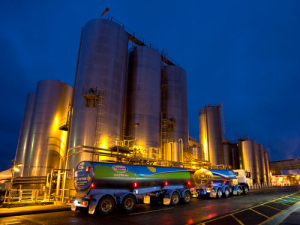 Marlborough farmer Murray Beach has submitted a remit for Fonterra’s board meeting next week, proposing a new share system.

Beach has submitted a remit for Fonterra’s board meeting next week, proposing a new share system.

His proposal says that Fonterra must initiate, within three months, a formal co-op wide discussion regarding the existing share system.

Beach is proposing a new share system that will “make all suppliers equal”.

However, the Fonterra board and Shareholders Council oppose the proposal. Fonterra shareholders are now voting on the proposal and the results will be announced at its annual meeting in Lichfield next week.

Beach says when Fonterra stopped paying redemption to farmer shareholders leaving the co-op, “it left outsiders to buy up those shares from the people jumping ship”.

“This has caused the same amount of shares to be out there but the value-add pool has decreased due to the loss of milk,” Beach says.

“So the shares are staying the same and the value-add pool is decreasing through loss of milk and will continue to do so unless we change the system to stop people leaving.”

Beach questions what will happen if Fonterra loses 15% milk supply over the next 5 to 10 years?  This could put Fonterra down to 65%, he says.

“That’s pretty scary with 21,400 employees and the same overheads.  I can’t see that lending towards high milk prices.

“If we fix the share price, it stabilises the price, it can’t go up or down, so it stabilises your security as well.  You know exactly where you are from year to year.  The issue is, are you milking cows or playing a share market?”

If the farmer increases production by 10,000 Milk Solids, he can transfer 10,000 of his saleable/transferable shares to his milking quota shares.

This will give him 110,000 milking quota shares and reduce his saleable/transferable shares to 165,000.

The outsiders’ shares, known as the units could be changed to$2.00 shares and the dividend will have to be honoured on them.

These can be bought from any farmer wishing to sell some of his saleable/transferable shares. Beach believes his proposal has the support of many shareholders.