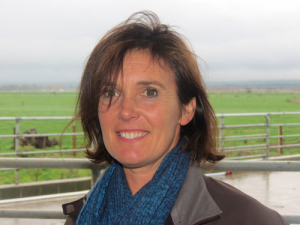 Fonterra has slapped an injunction against former director Leonie Guiney, preventing her from sharing confidential information about the co-op with the media.

The injunction bars Guiney from “breaching her duties of confidentiality” to Fonterra.

It also bars media organisations from using or publishing any confidential information received from Guiney.

Guiney left the Fonterra board in controversial circumstances last November; she failed to get endorsed by an independent selection panel and a board sub-committee to stand again in the director elections.

As a sitting director who failed to get endorsed during the independent selection process, the South Canterbury farmer was disqualified from standing in the last board elections. She can contest this year.

Before joining the board in 2014, Guiney had been a vocal critic of the co-op.