Fonterra’s board is the problem 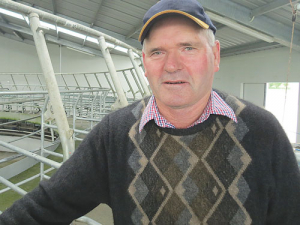 A leading corporate farmer is blaming Fonterra’s board for the co-op’s financial debacle, saying the directors run a system of “cloned governance”.

It has caused him to write $1.6 million off his company’s balance sheet because of the drop in the value of Fonterra’s shares, he says. His business owns about 1.7 million supply shares relating to the four farms that supply Fonterra.

Hamilton says Fonterra got itself into its current pickle because of the way it elects its board -- “cloned governance” whereby the existing directors effectively select who they want on the board.

“But Fonterra has stopped that debate; they don’t want it and they don’t want to be challenged. Therefore  by stopping that you do not get management accountability; that’s the problem we have.”

Hamilton says senior management needs to be seriously challenged on the Beingmate, China farms and other issues such as the setting of the milk price.

Hearing different points of view on a board makes for good governance, he says, pointing to former director Leonie Guiney having challenged the board and soon afterwards being dropped.

“When I stood for the board you had to like Henry van der Heyden. I was asked by him to stand but the moment I told him I could drive a bus through TAF (trading among farmers) he ditched me like a cold cup of sick and I missed out on being elected. I am ok about that; I went on with my own life.”

Hamilton says he saw the makings of the present financial debacle at Fonterra 15 years ago, due to the way the board was operating.

The co-op needs an independent chairman, he says. “One of the questions I have for John Monaghan is ‘explain to me what is the essence of good governance’.”

Trevor Hamilton says his company supplies four processors as a means of de-risking their business.

He says the rate of return on the Fonterra shares doesn’t add value to their business, so they have sold down their shares and taken about 2 million kgMS from Fonterra.

“When I did this no one from Fonterra rattled my front door because they believed it was because I don’t like Fonterra. That’s not true; it was a business decision and we felt that spreading our risk among several processors would give us a better outcome and it has.

“I want Fonterra to do really well. But I don’t want them to do what they are doing now because effectively they don’t have a good milk price. The corporate dairy companies will only ever match Fonterra; their duty is the shareholders, not to their milk suppliers, so we need a strong Fonterra.”

But Fonterra is not currently strong in respect of the milk price “and effectively what Fonterra is doing right now is giving every corporate dairy company a milk cheque”.

Fonterra needs someone to sort out the current mess, Hamilton says. The co-op’s share of the national milk supply is declining and now stands at 82%. He believes it could be as low as 75% in three or four years.

He claims that Fonterra directors have told him that the co-op will retain its share of the national supply because of its performance, “but clearly they are not performing and clearly they won’t hold milk”.

He says although his generation supports the cooperative spirit,  young people wanting to own a farm may see owning Fonterra shares as too high a hurdle and opt for the corporate dairy processors because that’s cheaper.

He also criticises the Fonterra shareholders council for failing to hold the board to account, saying it’s only recently that they have mildly criticised the company.

As for the future of the co-op, Hamilton has his doubts. He points to the high salary bill with up to 25 staff on $1 million or more a year, plus a chief executive who [last year] got $8m. He sees this chipping away at the margins  on milk solids.

He notes that in 12 months the co-op has suffered a $1 billion drop-off. And he doubts that the new chairman John Monaghan will effect necessary change.

“He’s been there 10 years. Did he not see this coming? The whole organisation needs a broom swept over it.”