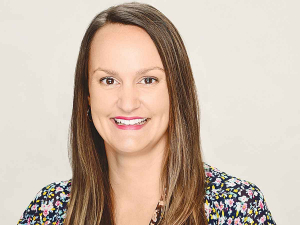 The New Zealand season had “got off to a flying start,” says Rabobank dairy analyst Emma Higgins.

Rabobank is maintaining its farmgate milk price forecast at $7.15/kgMS.

Globally the outlook for demand growth is more than enough to absorb the modest volumes of increasing milk flows, the report says.

Several constraints have prevented supply growth, says the report. A warm summer in China and northern Europe is partially to blame.

But it is constraints in respective regional markets that have limited -- and will continue to limit -- farm-level expansions and keep the broader market firm.

For NZ, the report says, the 2019-20 season is shaping up to provide another healthy spring flush and first half production.

Higgins says with calving almost complete across NZ, meaningful production volumes will start to appear as the weeks progress.

“A mild winter made for near perfect conditions on farm in many dairying regions in the lead up to the spring peak.

“Pasture covers range from good to strong across the country, leading to ample feed reserves and early silage cutting in parts of the North Island,” Higgins said. “And these conditions have helped keep a lid on feed costs.”

She says possible bad weather forecast by NIWA over September and early October had so far failed to eventuate, leading the bank to expect NZ milk production could grow up to 1% to May 31, 2020.

“This is our expectation if key dairying regions miss volatile spring weather,” she said.

Higgins says based on global commodity prices across the remainder of the 2019-20 season, Rabobank is maintaining its farmgate milk price forecast at $7.15/kgMS.

However, she cautions, “some downside risk” is posed by emerging economic headwinds.

On the demand side, the Dairy Quarterly says, is a noticeable slowing of global economic activity, consumer confidence is waning and trade tensions remain a logistical headache for dairy exporters.

China posted its weakest year-on-year GDP growth in 30 years through Q2 2019 (vs 2018) and Southeast Asian markets have been impacted, the report says.

Meanwhile, similar challenges face the EU, as Germany saw its economy contract in Q2 versus last year, and a possible challenging end to Brexit.

And the US has also shown concerning data, with the 2-10 year yield curve finally inverting, fuelling speculation of an impending recession.

While in NZ, Higgins says, dairy producers are also facing the challenge posed by proposed new regulations for freshwater recently announced by the Government.

“While much of the longer term detail and potential cost of the regulation is unclear, the near term certainty is a cost imposed on farmers from 2020 as part of the aim of the regulations to improve on farm practices such as winter grazing, stock exclusion and reduced nitrogen losses.”