Government “out to get farmers” 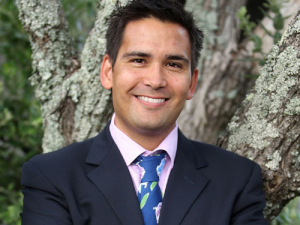 DairyNZ says there was no call by the Government for a cut in cow numbers.

"David’s Parker’s announcement that the Ardern-Peters Government plans to regulate to reduce the number of cattle that farmers are allowed per hectare of farmland is yet another example of their unchecked assault on the regions,” Bridges said in a statement.

Environment Minister David Parker told TVNZ's Q+A programme that there were too many cows in New Zealand.

However, the there would not be a direct cap on the number of cattle but there may be limits on the amount of nutrients lost from a farm into a waterway.

"Cow numbers have already peaked and are going down, but yes, in some areas, the number of cows per hectare is higher than the environment can sustain. That won't be done through a raw cap on cow numbers; it will be done on nutrient limits, the amount of nutrient that can be lost from a farm to a waterway, because it's not just a dairy cow issue,” Parker said.

Bridges says the new Government blindsided the oil and gas industry; “now they’ve done the same to the dairy industry”.

“In both examples, there’s been no analysis, no consultation - and they have no plan.

“We all agree water and environmental improvements need to be made but they need to be achieved through implementing a considered plan that all parties can work through over time.”

He says the National Government set very specific national limits on nitrates, phosphorous, E.coli, algae and ammonia through the National Policy Statement we put in place in 2014 and 2017. This put limits on diary conversions in sensitive catchments and is progressively being rolled out by regional councils.

“In 2017 we agreed with farmers a plan for 56,000km of fencing along waterways over 12 years to come into effect in December 2017 - which this new Government has not progressed.

“Solving water quality issues is a team effort – for urban and rural communities and is not something to be imposed solely on farmers – who’ve actually played a massive part in investing and working up solutions to help improve the way they operate.

“What we’re seeing from this Government is pretty cavalier. They’re coming out with some bold statements driven by values, and not actually by hard evidence.”