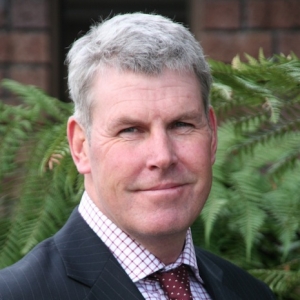 LIC has recorded a solid performance in the first half of the financial year. In the six months to 30 November 2014, the co-op achieved revenue of $159 million, 17.7% higher than the same period last year.

Chairman Murray King says the half-year result was better than expected, and driven by farmers choosing to continue to invest in solutions for improving their productivity and prosperity.

"While we do see a reduced spend in lower payout years, we find that farmers are willing to continue to invest in the solutions that will deliver a high return for their business."

LIC forecasts a lower year on year net profit after tax as part of the expected impact of milk payout and the co-op's ongoing investment into technology and infrastructure worth more than $20 million.

The co-op has reviewed where it can reduce discretionary costs without impacting service to farmers, King says.

As part of its growth strategy, the co-op has announced a number of new developments this financial year, including a joint venture in Brazil, partnerships with Figured and SCR, and the merger of subsidiary business DAL and Protrack.

Summary, Half-Year Result
LIC revenue and other income for the six months to 30 November 2014 was $159 million, 17.7% ahead of the $135.2 million achieved during the same period in 2013. Net profit after tax for the half year was $29.7 million, up $2.7 million from the previous year reflecting the strong first half revenues across most product categories.

LIC's business, particularly artificial breeding (AB), is highly seasonal. Half-year results incorporate the majority of AB revenues but not a similar proportion of total costs, and are therefore not indicative of the second half, nor the full year, result. No dividend is therefore declared at half year.

LIC continues to operate a strong balance sheet with total assets including cash, software, land and buildings and bull teams of $322.6 million. Cash flows from operations continued to strengthen generating $6.6 million, compared to $1.2 million in the half year to 30 November 2013.