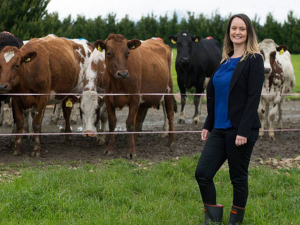 She says producers in NZ are also being caught up in higher input costs and, while prices for dairy prices could be good, she believes that the margins for the 2022/23 season will be lower. She notes the challenges farmers have been experiencing this past season right around the country.

"Anecdotally we have heard that farmers in the Waikato for example have tried to change some of their calving patterns so they can get as much milk as possible before the Christmas cut off when things start to be become a lot more fickle and volatile," she says.

Despite this, Higgins believes that while NZ dairy farmers are being challenged by the weather gods, new regulations and geopolitical chaos inflating input costs, theoretically they should be in a better position than northern hemisphere farmers. This is because we operate an extensive pasture based system.

She says there is a whole body of regulation that farmers are working through right now, some of which requires more clarity on how it will impact on them, which may lead to some changes faming systems.

"Climate change is global challenge and it's not just us facign the uncertainty of how to deal with it. If we look offshore, it is front and mind for European producers as well. The difference in NZ is we are being led towards what that new normal looks like by regulation, whereas in places such as America it's more being led by markets. Ultimatelty we are moving towards the same direction, it's just in different ways and places," she says.

Finally Higgins says Fonterra has really stepped up their game and got good information out to farmers about the nuances of markets and need for change.