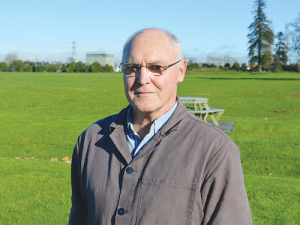 New Zealand farmers are getting paid much more than their counterparts overseas and it's all thanks to the co-op model, says a corporate farmer and former Fonterra director.

Corporate farmer Earl Rattray, a former Fonterra director with farming interests in NZ and overseas, says the co-op model is working wonders for New Zealand farmers, who get paid much more for their milk than farmers in the other big milk producing and exporting countries.

Rattray points out that with Fonterra's forecast milk price of $7/kgMS for this season, NZ farmers are getting about US41c/L for milk. Farmers in the US get 34c/L, in Europe US37c/L and in Australia US34c/L.

“It’s a good example of the co-op working well for farmers; it’s a milk price no one can argue with,” he told Dairy News.

“Around the world, farmers are arguing about the milk price, wondering why theirs is going down, while in NZ its going up.

“But in NZ, no one can argue with the Fonterra milk price because it is set from externally verifiable prices, set by the market every two weeks at auction.

“NZ farmers can see what their milk is earning; it means it’s a milk price Fonterra has to pay farmers before it makes a profit and that puts us in a unique position.”

Transparency also means Fonterra is unable to quietly take into the milk price such market write-downs as its loss on Beingmate.

Rattray says in days gone by few farmers ever knew of such write-downs.

“Today, it is exposed for what it is; such losses are taken out of the profit rather than the value of milk.”

He also applauded Fonterra’s ability to switch its milksolids between different earning streams, maximising the value of milk.

“It’s an extraordinary situation where Fonterra is able to get the full value of milk fat, which is now worth 1.3 times more than protein. Not every farmer in the world is getting those values passed back to them but Fonterra supplying farmers are getting them. I think this shows the true value of having a farmer-owned organisation of scale with product mix flexibility and a completely independent milk price.”

Fonterra is achieving a higher payout despite not having a massive high value domestic market like EU, the US and even Australia, where the home market consumes at least 60% of production.

In Southeast Asia and South Asia, the milk deficit is growing; and with the cost of producing milk rising, food manufacturers are turning to reputable overseas dairy companies for reliable, affordable ingredients.

For example, Thailand’s dairy food manufacturers can buy local milk at US57c/L or buy milksolids imported as ingredients at the equivalent of US42c/L.

“For anything that requires dairy ingredients… manufacturers prefer cheaper imported inputs rather than paying high prices for local milk,” he says.

He says Fonterra, as a major supplier and dedicated exporter, has built relationships for many years with large manufacturers.

“These manufacturers don’t haggle over price as long as they know they are getting quality dairy products, and not paying more than their competitors are; such relationships help Fonterra pay the $7 milk price.”

“Today’s consumers want food produced with a soft environmental footprint and a strong ethical footprint. Tightening environment standards are a given -- that’s the price of being in business. We have to embrace it because the market values it.”

Earl Rattray has farming interests in NZ, Australia, Chile, the US and India.

He was a Fonterra director for seven years and was the chairman of Dairy Companies Association of NZ (DCANZ).

He is now on the board of NZ Food Innovation (Waikato) Ltd and the NZ-India Business Council.