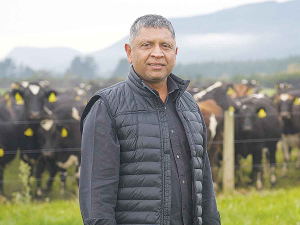 Southern Pastures Ltd believes more legislation isn’t the answer to sustainability challenges facing the sector and farmers should be part of the solution to climate change rather than being labelled as villains.

Future generations will have to carry the huge economic burden of Covid-19 recovery.

Southern Pastures executive chairman Prem Maan says the last thing we want is to load them with additional climate and environmental costs as well.

“I don’t believe more legislation is the answer. The solution is to educate farmers that maintaining nutrients on-farm rather than letting it run off is valuable to them, as well as to local waterways,” he told Dairy News. “That carbon and biology rich soils with deep rooted plants will mitigate droughts...that they can be part of the solution to climate change rather than the villains.”

Maan says resilience is embedded in NZ’s DNA, as shown during the Covid-19 battle over the last three months.

“New Zealand has done a sterling job of minimising the lethal risks of Covid-19 but we now need to consider the type of economy that will emerge on the other side,” Maan says.

“This includes ensuring that we don’t burden future generations even more than the already enormous costs of post-Covid recovery.

“There will be more crises to come in the future. So, we should be asking ourselves, how do we set ourselves to not only survive long term but to come out of each crisis stronger?”

New Zealand farmers are already the most efficient in the world - our dairying footprint is one-third of the global average.

If New Zealand reduces its dairy production and it is replaced by other countries, then it will be “an own goal for the planet”.

“It may make us feel virtuous, but it accelerates global climate change,” he says.

He says the Wall Street Journal reports that some large global businesses are putting their Environmental, Social & Governance (ESG) policies on the backburner due to Covid-19.

“This is dangerous short term thinking as climate change or volatility poses a far greater existential threat to humanity.”

At the same time, farming in NZ should not use the crisis to go easy on environmental improvements.

The better we are managing our environmental and climate footprint, the better the on-farm production, marketing provenance and margins, he says.

“We should not pretend to be a volume producer that feeds the world. We can only afford to feed between 30-50 million people sustainably. So, it is imperative that we earn the highest margin – simply increasing volumes is no longer an option.

“We absolutely need to make our farms more sustainable – environmentally, economically and socially. Farms that produce more each year with fewer inputs and are resilient to climate volatility are in our common interest.”

“Our wholesome milk, butter, cheeses, yoghurts and ice creams provide us with not only the best nutritious but also the most indulgent dairy products in the world,” says Maan.

“The industry needs to double down on getting its provenance stories to market and also on opening up new markets, which granted is easier said than done when one can’t travel and there are trade barriers.

“But the point is that consumers want our products – when there is an authentic story of the values behind them.”

Southern Pastures want farmers to be educated and rewarded for benefits of improving their credentials around sustainable farming.

Instead of punitive regulations, a bold approach would be to educate and reward farmers for the benefits of improving soil carbon sequestration, preserving valuable nutrients on-farm, reducing animal methane emissions to increase animal productivity.

“In my view, farming in New Zealand should be driven by the ambition to become, first, carbon neutral and then, ultimately, a net extractor of atmospheric carbon,” says Southern Pastures chairman Prem Maan.

“This could form the foundation of a uniquely New Zealand solution, based on farmers being the key troops in the war against climate change.

“Not through a reliance on the chessboard manoeuvrings of traded offsets and market schemes – and not through production reductions – but through the actual capture and storage of carbon from the atmosphere into the soil sinks of our farms. This should be practicable and, equally, profitable.”