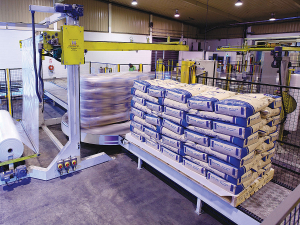 ASB bumped up its this season milk price forecast by 50c to $7.50/kgMS after last week’s 1.7% rise in the Global Dairy Trade.

And its senior rural economist Nathan Penny says most importantly the bank now believes we are likely to see less milk price volatility in the future.

“We believe that the fall in milk price volatility is structural in nature. In that sense, the farmgate milk price is moving to a higher plateau,” he said.

While BNZ has not moved yet from $7.10/kgMS, senior economic Doug Steel told Dairy News current market conditions suggest towards the top end of Fonterra’s $6.55 to $7.55/kgMS range.

Westpac has more conservatively revised upwards for the current season to $7.10/kgMS. Westpac head of NZ strategy, Imre Speizer, says they are cautious about Chinese demand and allow for a modest pullback in world dairy prices over the first half of 2020.

“This takes the cumulative rise since early September through to 8.3%. Prices are now 26.4% higher than a year ago and heading towards the top of a range that has contained them since 2014.”

“Dairy market fundamentals still look healthy to us, with demand seemingly firm (unsatisfied bidders remain high, at 53) and supply is subdued (volumes sold at this event were 11.6% lower than a year ago),” he said.

“On supply, latest data shows NZ October milk production was down 1.5% on a year ago. Admittedly last spring was strong but signs that NZ production is now not keeping pace with last year are supporting prices.”

Speizer, from Westpac, says WMP momentum remains clearly upwards, having risen a total of 12% since this sequence of auction price gains started in early July. It is up 28% from the low in November 2018.

Despite a slight pullback in participation, demand from China has remained solid so far this year, and has been almost the sole source of growth for New Zealand’s dairy exports, he says.

For the season to date, total New Zealand collections are just 0.5% above the 2018 equivalent.

“This update is unsurprising, given spring has been cooler than average in many regions. October is the largest milk production month, closely followed by November and December, which means there’s little chance of domestic supply rising significantly in the near term given lagged weather impacts.

“Global supply remains constrained, with the US and EU flat over the past year. The implication from a supply perspective is that prices should remain firm.”

Northern Hemisphere growth is soft with annual production growth only marginally above flat in both the European Union and the US.