Moving from bobby to beef calves 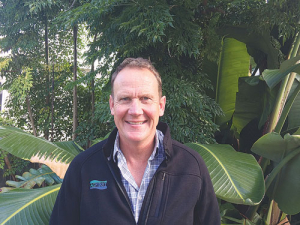 Chris Boom, AgFirst, says about 70% of beef processed in NZ comes from the dairy industry.

Dairy farmers are moving away from breeding bobby calves in favour of producing the quality dairy/beef calves needed by beef farmers.

Breeding companies LIC and CRV AmBreed say they are seeing a spike in orders for beef straws.

“Traditionally dairy farmer focus is on producing milk, not calves; but the potential to treble their calf cheque by breeding calves in demand by the beef industry is prompting many more dairy farmers to breed cows, after replacements, to proven short-gestation beef genetics.

“Dairy farmers wanting to take advantage of the demand for good dairy/beef calves can choose between going all AI -- high BW bulls to produce replacements with the remainder of the herd to short gestation beef genetics, or buy-in naturally proven beef bulls.”

But Lineham emphasises that ‘proven’ is at the heart of the value proposition.

“Just because a bull has the looks doesn’t mean it is fertile or capable of siring the type of calf that’s in demand by rearers and finishers.”

LIC’s general manager NZ markets, Malcolm Ellis, says an increasing number of dairy farmers are capitalising on the demand for quality beef calves through an all AI breeding strategy.

“Orders for beef straws are up 53% on last year, confirming that farmers are looking to diversify their spring income streams. We are seeing an increased trend to mate poorer quality cows to SGL Hereford from day one.

“The resulting dairy beef calf will add income diversification and will allow only the superior cows to produce the next generation of the dairy herd. This increased selection pressure has a positive effect on the rate of genetic gain,” says Ellis.

“There has been a tremendous upsurge in demand this year; we had sold the same volume as the previous year mid-way through September and orders are flooding in.”

Macfie says CRV is seeing a change in approach by farmers and huge potential for genetics to improve the long-term sustainability of farming in NZ.