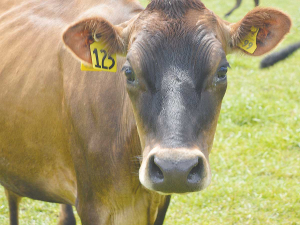 A global animal health company is welcoming the Government’s discussion paper on the use of agricultural inhibitors.

DSM, which is trialling the registered ruminant methane inhibitor Bovaer in Europe, says the public discussion is timely.

The company claims that Bovaer trials have shown the feed additive can reduce methane production in cows by 30%. However, the company says it had hit a regulatory roadblock in its efforts to register a methane inhibitor in New Zealand.

Inhibitors are compounds that can be applied directly or indirectly to animals or a place to inhibit the production of greenhouse gasses or reduce nutrient leaching in some way. Common types of application include as feed additives, coatings on fertilisers, or vaccines, says MPI director food, skills and science, Fiona Duncan.

“There is understandably a growing interest within industry in the use of these tools to reduce nitrate leaching and the effects of climate change.

“We think this technology has some exciting potential. However, we need to make sure that any use of inhibitors is managed well so that potential risks to food safety, plant and animal health and trade are minimised.”

He says it is vital to evolve the regulatory environment to fit innovative climate change solutions and enable a net zero future of New Zealand, while doing so at speed.

“New Zealand is an innovative place and climate change is the most pressing issue, so regulations must keep pace to enable the adoption of technology,’ he told Dairy News.

“Tools are now becoming commercially available for New Zealand’s farmers to reduce emissions of their animals, but they also require the relevant review by independent bodies to allow for trust and broad adoption. Other countries have commenced the market authorization of products such as methane mitigators.

“A swift response by New Zealand, could support exports and allow New Zealand to maintain the environmental advantage of its agricultural exports.”

MPI’s consultation on agricultural inhibitors will run until March 27.

MPI is seeking the public’s views on three options for managing inhibitors used in agriculture:

Option 1: Maintain the status quo – no change in how inhibitors are regulated

Option 3: Change regulation of inhibitors to include them under the Agricultural Compounds and Veterinary Medicines Act 1997.

MPI director food, skills and science, Fiona Duncan says it also wants to know if people think there are other options to consider to manage inhibitors appropriately, what the impacts of any changes might be to businesses, and how inhibitors should be defined.

“We have a reputation for high standards of food safety and these proposals are designed to keep it that way,” Duncan says.

Bureaucratic obfuscation is being used to stall the provision information about the costs and achievements of the Ministry of Primary Industries (MPI) 'Fit for a Better World' strategy.