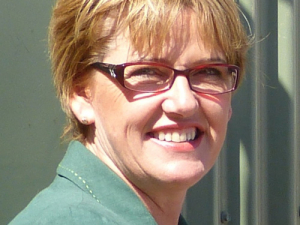 “Across the hub’s three farms almost 400 local people have been employed and around 85% of the farm feed is sourced locally.

“All of this work represents a massive opportunity to boost the local economy and enable important social development outcomes.”

Opening of the Hub complements other activity in the area that will boost local capability and the local economy. For example, more than 1,000 local farmers have been trained in areas such as modern scale farming management, cattle breeding and disease control. As a result of Fonterra’s farmer training programme in collaboration with the Chinese government and farming industry.

“The opening of the Hub represents a significant investment by Fonterra in their Chinese operations,” Goodhew says.

“I would also like to express my thanks and gratitude to the Ying County local government and villagers. Without their ongoing support, this milestone would not have been achievable.”