Nitrogen inhibitor to make a comeback 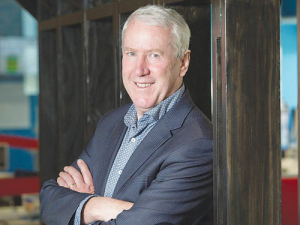 Ravensdown is hoping its Eco-N product for reducing nitrogen leaching from pastures could soon be back on the shelves.

The hopes follow international talks on the allowable residue levels in food of a range of substances, including Eco-N’s active ingredient, DCD.

Eco-N is a trademarked nitrification inhibitor developed by Lincoln University in partnership with Ravensdown and launched in New Zealand in 2004.  Although DCD (Dicyandiamide) is not regarded as a health risk, Eco-N was voluntarily taken off the market in 2013 after minute amounts were found in exported milk powder.

Mike Manning, Ravensdown’s general manager innovation and strategy, said officials now hoped to agree on a codex or MRL (maximum residual level) of DCD in foods, as part of an umbrella codex covering a range of benign compounds.

NZ’s part in the process is being run by the Ministry for Primary Industries.

“We’re happy to help in any way we can but as to the progress, it sits entirely with MPI and their counterparts overseas,” said Manning.

“MPI has been chipping away at this; these things don’t happen in a minute. MPI is saying if everything continues to go well then maybe mid-next year we might have a codex for DCD.”

Farmers would then be able to use it again on their pastures for the 2020 autumn and winter season.

Federated Farmers environment spokesperson Chris Allen said Feds supports the effort. The return of Eco-N would be a boon for farmers and their efforts to protect waterways, as well as diminishing the potent greenhouse gas nitrous oxide, he said.

Allen said Eco-N had proved effective but it was “a bit of an oversight” that no international codex exists for DCD. Although DCD might only exist in food in tiny amounts, its not being listed at all means the effective limit is zero.

Farmers have found Eco-N typically allows them to achieve an extra $600/ha in profit from milk production while also substantially reducing nitrate leaching losses and emissions of NO2 into the atmosphere.

Overseas, DCD has continued to be used, but as a coating for fertiliser to slow its release.

Eco-N was developed as a pasture treatment rather than fertiliser treatment, because under NZ conditions the main problem is release of nitrogen from concentrated urine patches.

Allen said by spraying Eco-N on pasture, particularly following winter grazing, nitrogen was found to be held in the ground and was then available when the crops were replanted.