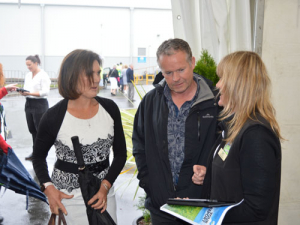 A new election to appoint a third Fonterra director will be held next year.

He says the council will be contacting shareholders to inform them of the new election date.

He said the Fonterra board could appoint an interim director but noted that rules barred this year’s unsuccessful candidates from being appointed.

The Fonterra board elections failed to produce three winners to fill three vacant board spots.

Wilson, who is recovering from an illness, wasn’t at the AGM.