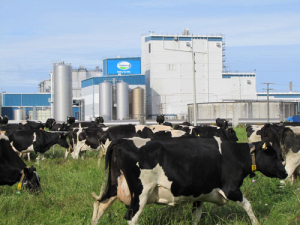 It is 2016 election time for Fonterra.

It is election time for Fonterra.

As a result of the recent changes to Fonterra’s governance and representation, the director elections will include two nomination options.

The independent nomination process will be run first with the selected candidates announced by the returning officer on Friday, 4 November 2016.

Self-nominations, where farmers can put themselves forward as a candidate for the board outside the independent nomination process, will follow with the nomination period running from Friday, 4 November 2016 to Thursday, 10 November 2016.

The returning officer will confirm all farmer director election candidates on 10 November 2016.

The new processes for the election of farmer-elected directors involve the appointment of an independent selection panel and a nominations committee.

For the directors’ remuneration committee, Scott Montgomerie and Gerard Wolvers are retiring by rotation. Both are eligible for re-election.

In accordance with the Fonterra farmer custodian trust deed, trustee Paul Todd will retire and is eligible for re-election.

In accordance with the by-laws of the shareholders’ council there are elections in 13 wards as follows.

Candidates must satisfy eligibility requirements in order to be elected, and further procedural requirements are specified in the election rules.

Nomination papers and candidate handbooks will be available by phoning the election helpline on free phone 0800 666 034 or emailing This email address is being protected from spambots. You need JavaScript enabled to view it.

Applications for the independent nomination process and nominations for the shareholders’ council, the directors’ remuneration committee, and the Fonterra Farmer Custodian Trustee elections must be received by the returning officer, Warwick Lampp of electionz.com, by 12 noon on Tuesday, 25 October 2016.