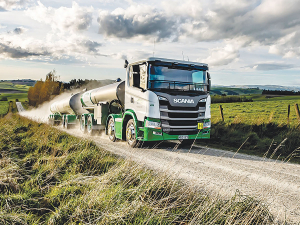 Open Country Dairy still expects to pay farmer suppliers over $10/kgMS for the May settlement period.

Recent decreases in global milk prices seen on the Global Dairy Trade (GDT) have prompted processors and analysts to peg back their forecasts for the season, which ends in two weeks.

Open Country Dairy, the country's second largest processor, has shaved 30c off its May period payout - for milk supplied between February and May. ANZ has also taken 30c off its forecast farmgate milk price for the season to $9.30/kgMS.

Koekemoer believes that China's COVID lockdowns continue to impact short-term demand and create uncertainty. He says the impact is being magnified by other factors - such as the Sri Lanka Crisis, Ukraine war and markets adjusting to where they expect pricing to land.

"Our pricing expectation, however, was for some softening as opposed to the over 15% price reduction in WMP over the past month," Koekemoer says.

"Fortunately, we are at the end of the season where volumes are lower and the impact on milk price is somewhat reduced for the current season. We have reviewed the financial impact on balance of the season and have adjusted our forecast to suit."

Koekemoer says OCD's adjusted price range for May settlement period is still an extremely strong result for the season.

"We should not lose sight of that," he told suppliers.

He expects milk supply to remain constrained across all large export regions over the next year.

"Ongoing high global feed costs, a hotter than expected summer in the EU and drought conditions in the US will impact supply.

"Many farmers, especially those overseas that are more reliant on external feed costs, will most likely see a larger reduction in supply as they reduce the high-cost inputs."

Koekemoer says the key will be managing through the volatility, disruption and timing of the demand side.

He believes the long-term outlook is still very positie and "we should expect ongoing pricing to stay above historical values".

ANZ agricultural economist Susan Kilsby expects prices to remain at elevated levels. However, she expects prices to fall further in the coming months but that low global milk supplies "will put a floor under the prices later in the year."

Kilsby says dairy prices have dropped sharply as demand across Asia has eroded by the wider economic implications of lockdowns in China.

"We have revised down our farmgate milk price to $9.30/kgMS."

The co-op took 30c off its range midpoint due to a number of recent events which have resulted in short-term impacts on global demand for dairy products - in particular, the lockdowns in China due to COVID-19, the economic crisis in Sri Lanka and the Russia-Ukraine conflict.