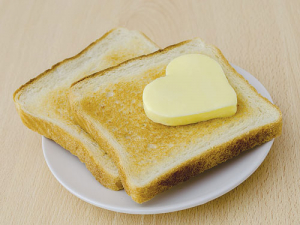 The rise of butterfat is a global phenomenon.

It's strange times for the global dairy market.

One of the crazier things we’re seeing is how the butterfat market has performed lately: prices have surged in recent weeks. As this article goes to press, butter prices in the EU are at record highs, which has knocked on the prices worldwide.

How did we get here?

There’s been a gradual rise in demand for butter and dairy-based spreads over several years, after the messages to consumers about the health benefits of natural dairy fats cut through, dispelling myths about the advantages of vegetable oils. We’ve seen that in the numbers for supermarket sales of spreads in Australia (sales of butter and spreads grew 23% in the five years to 2016) and in wider butter use in food service and manufacturing.

The rise of butterfat is a global phenomenon, evident in massive consumer markets of the US and Europe, including some recent high-profile decisions by major fast food chains to replace vege oils with butter. The threat to the integrity of some brands from use of palm oil has also helped.

Demand has built in other markets as well. Global butter trade grew 20% over the five years to 2016, and it could have been greater had there been more supply from major exporters. The change in EU’s export trade has been more dramatic: it grew at least 40% in the year to September 2016.

However, the surge in butterfat prices in global markets is not simply due to a sudden lift in demand. While demand has steadily built, the crisis has come because of a recent fall in supply. Ironically, the situation is due to a glut in the supply of protein, which has mostly been triggered and worsened by a series of government policies.

European milk supply boomed after the EU Commission removed production quotas. Milk output grew so rapidly without those limits and with a perfect season that an impressive stockpile of skim milk powder (SMP) quickly built, crashing prices worldwide for commodities. Farmgate prices in Europe followed, tractors rolled into Brussels and milk cannons were aimed at police and government buildings.

The policy response from the commission -- to help stabilise markets and improve milk prices for EU dairy farmers – was to re-open an old device, an intervention scheme to take a significant volume of skim milk powder ‘off the market’. The resulting intervention stockpile of 350,000 tonnes of SMP still overhangs the market, with the commission’s stated selling price well above the market since buying stopped.

Low SMP prices have discouraged the production of fresh SMP and therefore butter, as the returns from this manufacturing combination were much worse (and more uncertain) than those from cheese and whole milk powder.

In the second half of 2016, the commission laid on another reactive policy measure, offering cash incentives for dairy farmers to produce less milk – which worked – compounding the problem for butter buyers. New Zealand’s lower milk output from a wet season and its preference for WMP and cheese hasn’t helped alleviate fat shortages.

EU milk supply is on the way back in 2017, now almost at previous-year levels, yet butter output is still well down in preferences for milk use. A recent further burst in prices came as a cold spring slowed the EU’s milk recovery; buyers expected the usual spring flush would bring better butterfat supplies.

Demand for butter will slow at record prices, but by how much will be interesting, given the changes in buyer preferences. When the full effect of higher prices reaches shoppers there will be a response, but it’s hard to say by how much because we’re in untested territory given the shifts in eating preferences.

• Steve Spencer is a director of the Australian food consultancy Freshagenda.