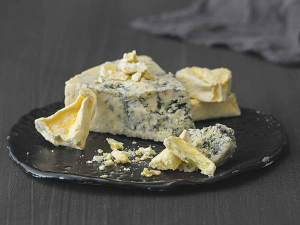 The co-operative’s Lichfield-based cheesemaker Sam Pokaitara scooped the Champion Cheesemaker title. And the co-op capped off the awards ceremony, held on Facebook on May 6, by bagging a bunch of top awards, including the champion original cheese for its Kapiti Awa Blue.

A significant change for 2020 Awards was judging of the Champion Cheesemaker. Now cheesemakers enter three styles of cheese, which are assessed as one entry. The winner is the cheesemaker who receives the highest aggregate score across their three cheeses.

Pokaitara thought his colleague, Iain O’Donnell, was pulling a prank on him when he received a message from Iain saying he’d won.

“I didn’t believe him since we take the mickey all the time. When I found out it was true, I had a big grin on my face.

“Everyone on site has been calling me ‘champ’ – I don’t think I’m going to live this down.”

Pokaitara has been working for the co-op for 15 years, primarily in cheese, and has developed a strong passion for making it.

As a process manager, he is responsible for the cheese manufacturing process from start to finish – from ordering ingredients and getting the milk on-site, to managing the recipes and troubleshooting to streamline the process.

“We make specialty cheese on a commodity scale, so every single block is top quality.

“At the brine salt cheese plant, it’s a highly mechanical process with thousands of moving parts. I love that it’s a different challenge every year.”

He says the secret to making the best cheese is top quality milk and experienced operators.

“Manufacturing world class cheese is only possible with the best quality milk from the mighty Waikato, and good operators who know what they’re doing.”

The awards are organised by the New Zealand Specialist Cheesemakers Association (NZSCA), and the cheeses were judged at the end of February in a pre-COVID-19 environment.

NZSCA chair Neil Willman says for the first time the judges were looking for three supreme champions to recognise the scale and diversity of the New Zealand cheese industry from large global players through to medium-sized and boutique cheese producers.

Joining Fonterra as other supreme champions were Meyer Goat’s Milk Gouda (medium size producer) and The Drunken Nanny Black Tie (boutique cheese). The Black Tie is a pyramid shaped fresh goat cheese, coated with a sprinkle of black ash, from burnt grape vines imported from France made by The Drunken Nanny Ltd.

Willman says it was very pleasing to see that cheesemakers have responded to changes in the awards with increased entries this year.

“Additionally there is much anticipation about the winners of the expanded Champions of Champions awards, this year for the first time we’re thrilled to name three winners from very small, medium and large producers – a true reflection of the diversity of the New Zealand cheesemaking industry,” says Willman.