Shareholders Council ‘asleep at the wheel’ 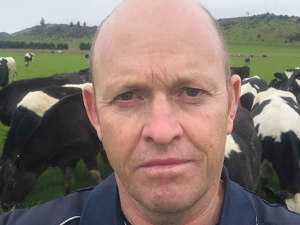 A group of Fonterra farmers want an independent review of the Fonterra shareholders council following the co-op’s financial debacle.

Read: Farmers are flabbergasted to learn that Fonterra borrowed money to pay dividends over the last few years.

Lumsden farmer Tony Paterson, the mover of the resolution, told Dairy News that he expects the resolution to be included in the co-op’s notice of meeting going out to farmers this week.

The resolution wants the independent review to be conducted “immediately post” the 2019 annual meeting, to be held this year at Invercargill on November 7.

Paterson says the review should look at how the council can be “a more effective cornerstone shareholder”. It will also consider if the current model is working for farmers and is there a better model.

Paterson says he emailed a group of farmers for their feedback after the co-op reported a second year of losses.

“100% of the feedback said they were disappointed with the council’s performance.”

Paterson says most farmers agreed the “council had been sleeping at the wheel”.

Paterson, who has milked 1200 cows for the last 10 years, says Fonterra’s performance has been below par and that more effective monitoring from the shareholders council could have prevented the co-op’s slide into red.

He says shortly after filing his motion of resolution with Fonterra he received a few phone calls from council chairman Duncan Coull.

He was surprised to see an email from the council announcing an internal review. Paterson says the council’s review is “too little, too late”.

“Our bottom line is that it should be an independent review and not another one conducted by the council.”

Paterson wants Fonterra shareholders to be given the chance to decide whether the council is fit for purpose and wants farmers to back his resolution for an independent review.

“We encourage farmers to support the resolution for a better Fonterra we will all be proud of in the future,” Paterson said.

Coull told Dairy News that he understands a resolution will be tabled at the annual meeting.

“The notice of the meeting has yet to be released to shareholders so it wouldn’t be appropriate for me to comment,” he said.

“All I can say is that the council announced a full review of its purpose and functions a couple of weeks ago to shareholders, given that no meaningful review has taken place since Fonterra’s inception.”

In his email to farmer shareholders on October 1, Coull said recent feedback from shareholders clearly suggests it is time to look at representative functions.

“We have heard the criticisms and frustrations and have been reflecting on them,” he wrote.

Coull says the council’s review will look at its structure and functions under Fonterra’s constitution.

“Our cooperative is the sum of all of us. It has taken generations to build and it is our collective responsibility to empower it for future generations. We trust you will all support this approach.”